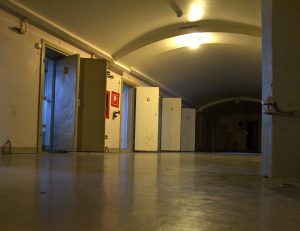 The Asper Centre has been observing two recent public interest litigation cases on this issue (both court decisions are still outstanding), the first of which was brought by the John Howard Society and the British Columbia Civil Liberties Association in the British Columbia Supreme Court, challenging the constitutionality of the current legislative provisions that govern the practice of solitary confinement. The other case was brought by the Canadian Civil Liberties Association and the Canadian Association of Elizabeth Fry Societies in the Ontario Superior Court of Justice, also a constitutional challenge to the practice of solitary confinement in federal penitentiaries in Canada.

Both cases are based on ss. 7, 12 and 15 of the Charter of Rights and Freedoms, in which the applicants attack various provisions of the Corrections and Conditional Release Act of 1992 which currently authorizes what is formally called “administrative segregation” indefinitely for a wide range of reasons. Although the Act stipulates that the practice is meant to be used as a last resort, it is ordered without independent or external oversight and is commonly extended for excessive periods of time.

Both these cases have proceeded to court despite the government having introduced in June of this year Bill C56, new legislation proposing a cap of 15 days on holding prisoners in solitary confinement (with an 18 month transition period after the bill passes into law during which time the cap will be set at 21 days). While Bill C56 is a welcome sign that government views the need to reform this harmful practice, the Bill contains a number of crucial flaws that will need to be addressed in order to bring the law properly into line with the Charter.

For example, the specific wording of Bill C56 allows the “institutional head” of a prison to extend administrative segregation past the capped period. The Bill also proposes “independent external review” which only comes into effect when the segregation continues beyond the capped period, however this review is on paper only. With no hearing or access to counsel, and an outcome of the review that is non-binding, this effectively means that the “institutional head” can disregard the recommendation and extend segregation. Furthermore, Bill C56 does not prohibit the practice of segregation for mentally ill persons or other vulnerable groups.

The Asper Centre clinic students are reviewing the proposed legislation and will be drafting submissions to Parliament on these and other identified issues with Bill C56.