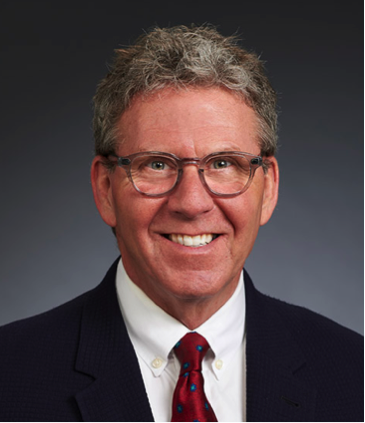 David Asper is a lawyer, business-person, philanthropist and recipient of the Queen Elizabeth II Diamond Jubilee Medal in recognition of his community service.

Starting his career as a lawyer, Mr. Asper focused primarily on criminal defense litigation and successfully represented David Milgaard in overturning one of Canada’s most notorious wrongful conviction cases.

In business, following a career with Canwest Global Communications as a Senior Executive and Member of the Board, Asper has established and maintains a portfolio of private equity investments that he manages.

Mr. Asper is currently Chair of The Asper Foundation and, in April 2017, was appointed by Mayor Bowman to serve as Chair of the Winnipeg Police Board.

In philanthropy, Mr. Asper has provided the lead gifts to establish the David & Ruth Asper Research Centre at the Pan Am Clinic Foundation and the David Asper Centre for Constitutional Rights at the University of Toronto. The David Asper Centre has participated in and supported many of Canada’s recent leading cases involving the Charter of Rights and Freedoms. Together with his wife Ruth, they also provided the lead gift to the Rady Jewish Community Center to establish the David and Ruth Asper Early Learning Centre.

He has also established major endowments at the University of Manitoba to support the Faculty of Kinesiology and Bison Football Bursaries, the United Way Tomorrow Fund and the Jewish Foundation of Manitoba, where he actively supports the Jewish Child and Family Services Helping Hand Initiative.

Past community involvement includes: Chair and Vice Chair of the Winnipeg Blue Bombers, Vice-Chair of the Canadian Football League Board of Governors, Co-Chair of the 2006 and 2015 Winnipeg Grey Cup Festivals, President of the Winnipeg Folk Festival, Chair of CentreVenture, (Winnipeg’s Downtown Development Authority), Vice Chair, Pan Am Clinic Foundation, Governor and Vice-Chair at St. John’s Ravenscourt School, member of the University of Toronto Governing Council, member of the Board of the Canadian Friends of the Simon Wiesenthal Centre.

Mr. Asper has been recognized with the Arbour Award from the University of Toronto, the Award of Distinction from Destination Winnipeg, the Commissioners Special award from the Canadian Football League and the Chairman’s Special Award from the Winnipeg Football Club.

He is an Honourary Life Member of the Winnipeg Football Club and believes each year that the Bombers will win every game and the championship, because that’s what fans do. Mr. Asper is also a proud member of the Blue Bombers Hall of Fame.