Please check back soon for information about our 2023 Fellowship program

Each summer, the Asper Centre selects 1 or 2 law students to receive a fellowship to work in an organization within Canada that focuses on human rights advocacy. The funding comes from the John and Mary A. Yaremko Programme in Multiculturalism and Human Rights. The endowed fund provides awards for students who demonstrate academic excellence and who are participating in a broad range of community organizations relating to human rights and multiculturalism.

Taylor Rodrigues worked at the Canadian Civil Liberties Association in the Criminal Justice division working on projects ranging from an evaluation of police oversight bodies in Canada to research on the decriminalization of personal drug possession writ large.

Meaza Damte worked at Justice for Children and Youth (JFCY) as an Asper Centre Summer Fellow in the summer of 2021. JFCY is a legal aid clinic in Ontario that provides legal services to young people under 18 and homeless youth under the age of 25. Over the course of the summer, Meaza worked on a constitutional challenge to the minimum voting age in Canada and a public legal education project aimed at enhancing access to special education.

Seema Sidhu worked with Innocence Canada, where she helped develop an educational module as part of a larger Wrongful Convictions toolkit that Innocence Canada is creating, aimed at educating current law students on the causes of wrongful convictions to prevent future failures of the Canadian justice system.  Seema also worked on a women’s outreach project aimed at having a direct increase in the number of women Innocence Canada serves.

Paniz Khosroshahy worked at LEAF (Women’s Legal Education and Action Fund) in Toronto, where she assisted with law reform projects, such as LEAF’s submissions to various bodies on access to justice, alternative means of sexual assault adjudication, and Canada’s progress on gender equality according to the Beijing Platform. She also worked on LEAF’s new project on cyber-misogyny as well as preparing materials for a potential Supreme Court intervention in a case related to pension law.

Tina Cody worked with the West Coast office of the Women’s Legal Education and Action Fund (LEAF) in British Columbia.

Sarah Strban worked for Mary Eberts of Olthuis Kleer Townshend LLP to assist in investigating police handling of Indigenous communities and to evaluate various systems of police oversight. This was being undertaken as part of the National Inquiry into Missing and Murdered Indigenous Women and Girls.

Janet Lunau volunteered at LEAF (Women’s Legal Education and Action Fund) in Toronto.   Her work, in keeping with the mandate of the organization, focuses on gender equality.

Chris Evans volunteered at West Coast Environmental Law (WCEL) in British Columbia. His work has focused on two areas: the proposed “Northern Gateway Pipeline” project, and law reform related to forest licences in British Columbia. WCEL works closely with First Nations on both initiatives to advance recognition of their rights under section 35 of the Constitution, focusing mainly on the Crown’s duty to consult and accommodate and Aboriginal rights and title. 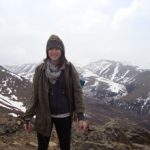 Megan Strachan volunteered with Yukon River Watershed Council in Anchorage, Alaska. YRITWC is a unique organization, consisting of 70 First Nation tribes throughout the Yukon River Watershed, including tribes in Alaska, Yukon Territory and British Columbia. YRITWC aims to preserve and protect the Yukon River through coordinating, facilitating, and providing a forum for these tribes to come together and work collectively and individually to realize this common goal.She has been tasked with researching water rights in the context of Yukon Territory.