The Centre’s Advisory Group is comprised of Law Faculty members with expertise in Constitutional law:

Kent Roach is Professor of Law at the University of Toronto Faculty of Law. He is a graduate of the University of Toronto and of Yale, and a former law clerk to Justice Bertha Wilson of the Supreme Court of Canada. Professor Roach has been editor-in-chief of the Criminal Law Quarterly since 1998. In 2002, he was elected a Fellow of the Royal Society of Canada. In 2013, he was one of four academics awarded a Trudeau Fellowship in recognition of his research and social contributions. In 2015, he was appointed a Member of the Order of Canada. In 2016, named (with Craig Forcese) one of the top 25 influential lawyers in Canada (change-maker category) by Canadian Lawyer.  He was awarded the Molson Prize for the social sciences and humanities in 2017. Read more

Assistant Professor Jean-Christophe Bédard-Rubin’s work explores Canadian constitutional culture from historical and comparative perspectives. He studied law, political science, and philosophy at Université Laval, Yale University, and the University of Toronto. During his doctoral studies, Jean-Christophe was the McMurty Fellow of the Osgoode Society for Canadian Legal History and a Joseph-Armand Bombardier Scholar. He has done consultancy work on constitution-building for International IDEA and, prior to his graduate studies, he worked in litigation for the Quebec Department of Justice. Read more

Nader practices criminal, regulatory and constitutional law at the trial and appellate levels. He defends clients accused of criminal misconduct in a variety of cases, including white collar crime, violent offences, drug offences, and professional misconduct  He has an expertise in digital privacy law and search and seizure law, and has appeared in many of the leading cases in this area. Nader has been recognized by Best Lawyers magazine as one of Canada’s leading lawyers in five different categories. He has appeared in more than 20 cases at the Supreme Court of Canada, including as lead counsel to the successful appellants in Clyde River v. Petroleum Geo‑Services Inc., 2017 SCC 40, a landmark Indigenous rights decision. In 2020, Canadian Lawyer magazine named him one of Canada’s Top 25 Most Influential Lawyers.Nader is a past Constitutional Litigator-in-Residence at the Asper Centre.  He is a co-author of Search & Seizure (Emond Publishing, 2021), a co-author of Sentencing, 9th edition (LexisNexis, 2017), a co-author and co-editor of Digital Privacy: Criminal, Civil and Regulatory Litigation (LexisNexis, 2018), and author of numerous articles on criminal and constitutional law. Read more 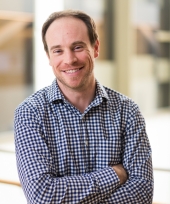 Anna Su’s primary areas of research include the law and history of international human rights law, comparative constitutional law, technology and international law, and law and religion. She is currently a Faculty Fellow at the Schwartz Reisman Institute for Technology and Society. Anna holds an SJD from Harvard Law School where her dissertation was awarded the John Laylin Prize for best paper in international law. She received her JD and AB degrees from the Ateneo de Manila University in the Philippines. Read more