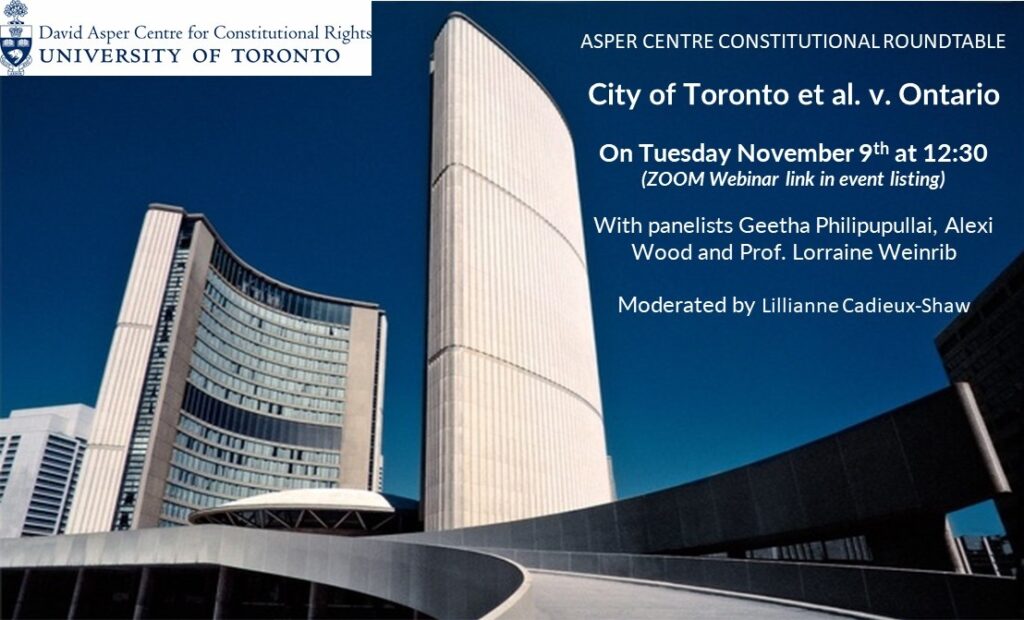 Well into the Toronto municipal election in 2018, the Ontario government passed the Better Local Government Act, 2018 reducing Toronto City Council to 25 seats from its original 47. A number of individuals, including candidates in the 47-ward election, challenged the legislation, as did the City of Toronto. It was argued that cancelling a democratic election more than halfway through the election period breached the Charter’s guarantee of freedom of expression, without justification. The challenge was successful at the Superior Court but failed at the Court of Appeal. Toronto appealed to the Supreme Court of Canada and, in a deeply divided 5 to 4 decision released on October 1, 2021, the Court upheld the Act. The panel will discuss the differing views of the majority and dissenting judges and the implications for constitutional litigation and freedom of expression claims more generally.

Lorraine Weinrib, Professor Emerita at the University of Toronto Faculty of Law and a specialist in constitutional law and litigation

Alexi Wood, St. Lawrence Barristers LLP, counsel for the Asper Centre in its intervention at the OCA and the SCC

The panel will be moderated by Lillianne Cadieux-Shaw, St. Lawrence Barristers LLP, co-counsel for the Asper Centre in its intervention at the SCC.

VIEW RECORDING of the WEBINAR HERE