“Wealth, Equal Protection and Due Process” – A Constitutional Roundtable with Professor Brandon Garrett

On Wednesday October 2, 2019 Professor Brandon Garrett presented a Constitutional Roundtable titled “Wealth, Equal Protection and Due Process” based on his paper 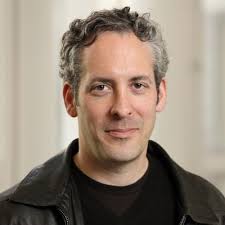 .  Professor Vincent Chiao was the discussant.

Professor Garrett joined the Duke University School of Law faculty in 2018 as the inaugural L. Neil Williams, Jr. Professor of Law. A leading scholar of criminal justice outcomes, evidence, and constitutional rights, Garrett previously was the White Burkett Miller Professor of Law and Public Affairs and Justice Thurgood Marshall Distinguished Professor of Law at the University of Virginia. Professor Garrett’s current research and teaching interests focus on forensic science, eyewitness identification, corporate crime, constitutional rights and habeas corpus, and criminal justice policy. His work has been widely cited by courts, including the U.S. Supreme Court, lower federal courts, state supreme courts, and courts in other countries, such as the Supreme Courts of Canada and Israel. Garrett also frequently speaks about criminal justice matters before legislative and policy making bodies, groups of practicing lawyers, law enforcement, and to local and national media. He is involved with a number of law reform initiatives, including the American Law Institute’s project on policing, for which he serves as Associate Reporter. 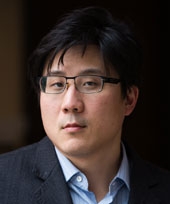 Professor Vincent Chiao, B.A. (University of Virginia), Ph.D. (Northwestern), J.D. (Harvard), is an Associate Professor in the Faculty of Law of the University of Toronto. He researches and teaches primarily in the area of criminal law and criminal justice, with a particular interest in the philosophical examination of its doctrine and institutions. He is the author of Criminal Law in the Age of the Administrative State (Oxford University Press 2018). He is also responsible for overseeing the Faculty of Law’s appellate criminal law externship, which provides selected third year JD students with the opportunity to work directly on criminal appeals, including before the Ontario Court of Appeal and the Supreme Court of Canada.

ABSTRACT: Increasingly, constitutional litigation challenging wealth inequality focuses on the intersection of the Equal Protection and Due Process Clauses. That intersection—between equality and due process—deserves far more careful exploration. What I call “equal process” claims arise from a line of Supreme Court and lower court cases in which wealth inequality is the central concern. For example, the Supreme Court in Bearden v. Georgia conducted analysis of a claim that criminal defendants were treated differently based on wealth in which due process and equal protection principles converged. That equal process connection is at the forefront of a wave of national litigation concerning some of the most pressing civil rights issues of our time, including:the constitutionality of fines, fees, and costs; detention of immigrants and criminal defendants for inability to pay cash bail; loss of voting rights; and a host of other ways in which the indigent face both unfair process and disparate burdens. I argue that an intersectional “equal process” approach to these cases better reflects both longstanding constitutional doctrine and the practical stakes in such litigation. If courts properly understand this connection between inequality and unfair process, they will design more suitable and effective remedies. More broadly, scholars have bemoaned how the Court turned away from class based heightened scrutiny in equal protection doctrine. Equal process theory has the potential to reinvigorate the Fourteenth Amendment as a guardian against unfair process and discrimination that increases inequality in society.

Light lunch will be provided and No RSVP required