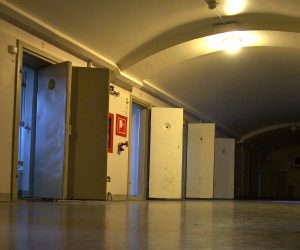 On November 19, 2018, the Asper Centre filed submissions to the Standing Committee on Public Safety and National Security in regards to the use of administrative segregation in Canadian correctional facilities and the proposed amendments to the legislation under Bill C-83. The submissions were prepared by the Executive Director, Cheryl Milne, and six Asper Centre clinic students: Joshua Foster, Becky Lockert, Ben Hanff, David Coté, Misha Boutilier, Sara Tatelman.

The brief submitted to the Committee emphasized the “gross disproportionality” of administrative segregation, a measure used to ensure the safety of the inmates and the penitentiary. There is growing social science and professional consensus that administrative segregation has immensely deleterious effects with no rehabilitative function. The negative health effects of segregation on specific individuals cannot be preemptively determined and there is no way to know when the damage becomes irreversible.

The serious deprivation of inmates’ Charter rights to life, liberty and security of the person under administrative segregation has resulted in two recent judgements ruling the practice unconstitutional: Corporation of the Canadian Civil Liberties Association v Her Majesty the Queen 2017 ONSC 7491  and British Columbia Civil Liberties Association v Canada (Attorney General) 2018 BCSC 62. Both decisions are currently under appeal to their respective provincial courts of appeal.

The submissions find that the proposed amendments to administrative segregation under Bill C-83 are substantively and procedurally deficient. Substantively, it permits more than 15 consecutive days in segregation, contrary to the Nelson Mandela Rules (the United Nations Standard Minimum Rules for the Treatment of Prisoners), and therefore contrary to Canada’s international obligations to not engage in torture or cruel, inhuman, or degrading treatment or punishment. Procedurally, Bill C-83’s’ remedial framework is also not compliant with international standards. Instead of implementing an external review process for uses of administrative segregation,  it allows the possibility of a non-binding recommendation by a health care professional and review by the Commissioner, only after a period of 30 days in segregation.

For more details and the rest of the recommendations, please find the FULL SUBMISSIONS HERE.