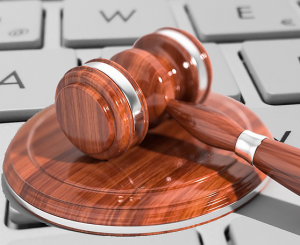 The Supreme Court of Canada may have divided 7-2 on whether law societies must accredit Trinity Western University’s proposed law school, but the split was much narrower when it came to the nitty-gritty of administrative law. While the five-justice majority accepted the Doré/Loyola framework for judicial review of administrative law decisions, the other four justices called for varying degrees of reform.

The Doré framework applies when courts are reviewing the constitutionality of an administrative decision, such as one by a human rights tribunal, an immigration and refugee board, or a law society. Reviewing courts give considerable deference to the original decision-maker, given their subject matter expertise, and only over-turn their decisions if they are not reasonable.

On the other hand, when courts are determining whether a Charter-infringing law is nonetheless constitutional, the Oakes test applies. Unlike Doré, it clearly places the onus of proving the law is proportional on the government.

“The framework set out in Doré and affirmed in Loyola is not a weak or watered down version of proportionality – rather, it is a robust one,” the majority wrote (para 80).

“But saying [the framework is robust] does not make it so,” Côté and Brown J.J. snapped back in their dissent (para 304).

McLachlin C.J. (concurring) and Rowe (concurring), Côté and Brown (dissenting) J.J. all argued that judicial review of administrative law decisions should ask whether an individual’s Charter rights were infringed, rather than the more nebulous Charter values of the Doré framework and the majority’s decision. While rights are clearly outlined in constitutional documents, the majority suggests Charter values are those “the state always has a legitimate interest in promoting and protecting,” such as democracy, equality and human rights (para 41, citing Loyola at para 47).

Furthermore, rights are clearly distinct from other values. “To denominate an interest as a right is to recognize its normative primacy,” the Asper Centre noted in its 2013 intervention in Divito v. Minister of Public Safety and Emergency Preparedness. “As such, a Charter right intrinsically ‘weighs’ more (by virtue of being a right) than something called an interest, value or entitlement. A Charter right, once established, also possesses normative priority. A rights bearer need not justify protection of a Charter right; rather, the state must justify infringing it.”

Côté and Brown J.J. pointed out that Charter values are unsourced, amorphous and undefined, subject to each judge’s personal interpretation and nothing but “mere rhetorical devices by which courts can give priority to particular moral judgements” (para 309).

The dissenting (Côté and Brown J.J.) and the concurring (McLachlin C.J. and Rowe C.J., in separate in decisions) justices were divided over whether the Doré framework was salvageable. The latter argued it was, as they saw strong parallels between Doré and Oakes.

Under Doré, the decision maker must find reasonable the balance between the Charter values and the statutory objective, which of course involves identifying that objective, Rowe J. wrote. This corresponds to the first step of the Oakes test, which is ensuring the rights-infringing statute has a sufficiently pressing and substantial objective.

The second step of Doré is determining whether the decision proportionately balanced the relevant Charter protections, he added. This corresponds to the proportionality test in Oakes, which analyzes rational connection, minimal impairment and the balance between beneficial and deleterious effects.

McLachlin C.J. added that the Doré analysis usually comes down to the minimal impairment and balancing questions.

The dissenting justices, however, were troubled there was no clear rationale as to why judicial review of administrative decisions requires a separate framework. They noted courts had used the Oakes analysis before Doré was decided, as well as several times since.

“… [T]he orthodox test — the Oakes test — must apply to justify state infringements of Charter rights, regardless of the context in which they occur,” Côté and Brown J.J. wrote. “Holding otherwise subverts the promise of our Constitution that the rights and freedoms guaranteed by the Charter will be subject only to “such reasonable limits prescribed by law as can be demonstrably justified” (para 304).

The four justices were once again united when the question of burden of proof came up. They all found Doré, which has remained “conspicuously silent” on that issue (para 195), especially unsatisfactory in this regard.

In most administrative law decisions, applicants shoulder the burden of proof. But in Charter disputes, the four justices argue – as did the Asper Centre in Attorney General of Canada on behalf of the Republic of India v. Surjit Singh Badesha — that the justificatory burden must fall to the state actor. Otherwise, the Doré framework would provide significantly less protection than Oakes (para. 117, 197, 313).

And that, surely, is intolerable. As McLachlin C.J. wrote, “Canadians should not have to fear that their rights will be given different levels of protection depending on how the state has chosen to delegate and wield its power” (para 116).