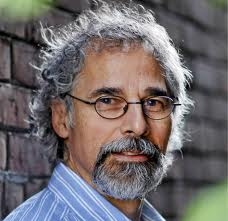 Jonathan Rudin received his LL.B. and LL.M. from Osgoode Hall Law School in Toronto. In 1990 he was hired to establish Aboriginal Legal Services and has been with ALS ever since. Currently he is the Program Director.

Mr. Rudin has represented ALS as an intervener at the Supreme Court of Canada 12 times. He has often appeared before the Ontario Court of Appeal and before Courts of Appeal in Quebec, Nunavut, Saskatchewan and British Columbia.

Mr. Rudin has written and spoken widely on issues of Indigenous justice. His book, Indigenous People and the Criminal Justice System was released by Emond Publishing in 2018 and won the Walter Owen Book Prize from the Canadian Foundation for Legal Research in 2019. A second edition of the book will be published in 2022.

Mr. Rudin also teaches on a part-time basis in the Masters of Law program at Osgoode Hall Law School. Last but not least, he plays the mandolin and sings with Gordon’s Acoustic Living Room, a group that plays regularly in Toronto and has a number of videos on YouTube.