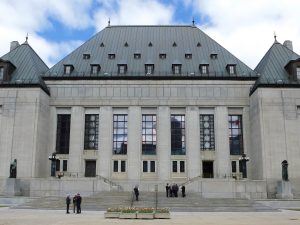 Earlier this month, the Supreme Court of Canada heard the appeals in Minister of Citizenship and Immigration v Alexander Vavilov, Bell Canada et al v Attorney General of Canada, and National Football League et al v Attorney General of Canada. The Supreme Court explicitly declared that these cases offered “an opportunity to consider the nature and scope of judicial review of administrative action” as set out in Dunsmuir v New Brunswick. The Supreme Court allowed 27 intervenors to make submissions on the issues, as well as appointed amici curiae to provide further insights.

It is impossible to overstate my initial excitement for this trilogy of cases. As a summer law student this past year, I assisted with the intervention by the Attorney General for Ontario, and I personally believe that the standard of review analysis needs reform. The current approach appears to be nothing more than an intellectual exercise. It fosters endless debate about the proper standard of review, diverting attention from the real impacts of administrative decisions. Yet, the law is about the experiences of individuals who must navigate the legal system, and the function of judicial review is ensuring that all individuals are treated fairly under the law.

My initial excitement increasingly faded as more factums were submitted; after the hearings, I lost all expectations of genuine reform. These cases narrowly focused on the standard of review applicable to an administrative decision-maker’s interpretation of a statute. The oral submissions for Bell Canada and NFL and Vavilov discussed piecemeal adjustments to the current approach to the standard of review, such as establishing a new category where a standard of correctness would apply and eliminating the category of “true questions of jurisdiction.” The parties obsessed over whether the standard of review should change in light of statutory rights to appeal and/or a decision-maker’s level of independence from the legislature.

I found it interesting that the parties only made fleeting references to the Charter of Rights and Freedoms in their factums, as the impact of many administrative decisions on individuals’ Charter and human rights is often profound. Counsel for Mr. Vavilov mentioned that the impugned decision had “enormous importance,” as having citizenship would mean that Mr. Vavilov had a Charter right to enter and remain in Canada. During oral submissions, his counsel Barbara Jackman asserted that a standard of correctness must apply to administrative decisions that involve human rights. She explained that such issues engage the Charter, and “deference is not part of the constitutional scheme.” The courts must be the ultimate decision-maker due to the significance of those decisions.

The amici curiae remarked that a standard of correctness should apply when decisions implicate the Charter since the courts must have the “last word” on interpretations of the Charter and purported infringements of Charter rights [79-82]. 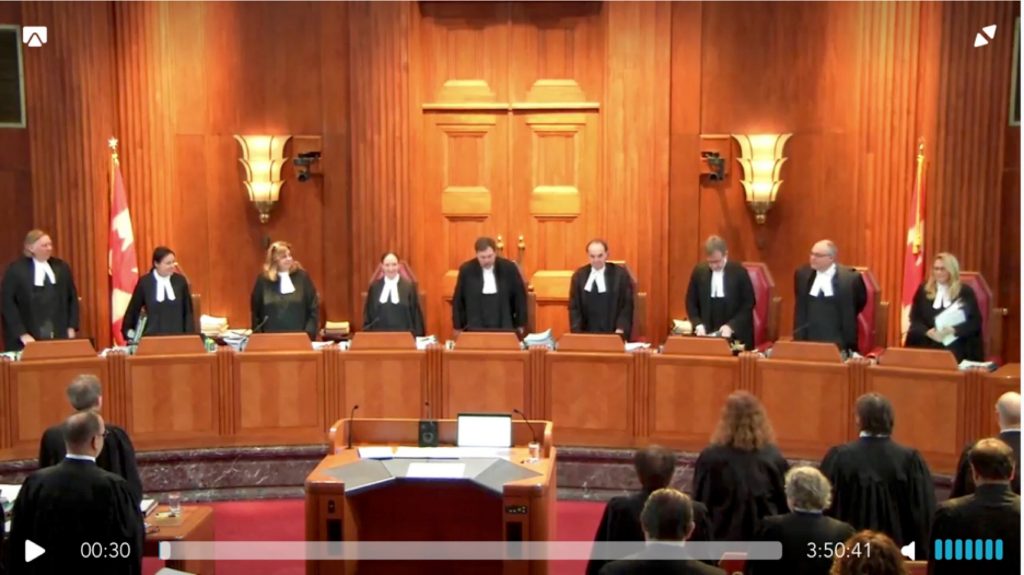 [Click on picture for link to archived webcast of SCC hearing on Dec 4, 2018]

Catherine Ma is a 3L JD Candidate at the Faculty of Law and was a student leader of the Asper Centre’s Indigenous Rights student working group in 2017-2018.  She was a summer law student at the Ministry for the Attorney General in 2018.