“City, State: Constitutionalism and the Megacity” by Ran Hirschl 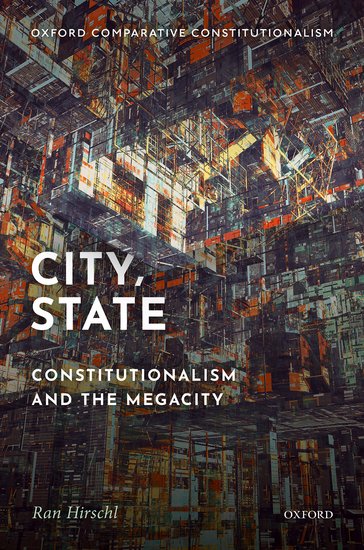 The Asper Centre is pleased to present a Constitutional Roundtable on Thursday November, 12 2020 at 12:45p.m. with Professor Ran Hirschl about his new book: City, State: Constitutionalism and the Megacity (Oxford: 2020).

Ran Hirschl is Professor of Political Science & Law at the University of Toronto. As of 2016, he holds the Alexander von Humboldt Professorship in Comparative Constitutionalism, having been granted a coveted AvH International Research Award (the most highly-endowed research award in Germany) by the Humboldt Foundation. From 2006 to 2016 he held the Canada Research Chair in Constitutionalism, Democracy and Development at the University of Toronto. In 2014, he was elected Fellow of the Royal Society of Canada (FRSC)–the highest academic accolade in that country. The official citation describes him as “one of the world’s leading scholars of comparative constitutional law, courts and jurisprudence.”

Many of the themes of this book can be found in this recent paper by Prof Hirschl: Cities in National Constitutions:
Northern Stagnation, Southern Innovation.

VIEW RECORDING of the WEBINAR HERE