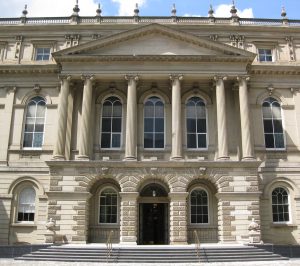 A majority of the Ontario Court of Appeal has struck down Criminal Code provisions which made conditional sentences unavailable for certain offences. The ruling comes in response to Cheyenne Sharma’s constitutional challenge to these provisions, and explicitly acknowledges and draws on the arguments and information provided by LEAF and the Asper Centre in their joint intervention.

Ms. Sharma – a young Indigenous woman, an intergenerational residential school survivor, and a single mother – faced financial hardship and potential eviction for her and her young daughter. She acted as a drug courier, importing 2 kg of cocaine into Canada, and then pleaded guilty to importing drugs.

As an Indigenous person, Ms. Sharma is entitled to the use of the Gladue framework. The Gladue framework is an individualized approach to sentencing that requires judges to consider the impact of systemic factors such as intergenerational trauma of residential schools and the harms of colonial oppression, and to consider alternatives to incarceration when sentencing Indigenous offenders. These options include conditional sentences, a community-based alternative to a custodial sentence.

However, 2012 amendments to the Criminal Code made conditional sentences unavailable for offences with a maximum penalty of 14 years or life in prison, and for offences involving the import, export, trafficking, or production of drugs, with a maximum penalty of 10 years in prison. As a result, Ms. Sharma was not eligible for a conditional sentence. Ms. Sharma argued that the provisions violated her rights under section 15 of the Charter, but the trial judge did not accept these arguments and imposed a custodial sentence.

LEAF and the Asper Centre intervened before the Ontario Court of Appeal to argue that the constitutionality of the provisions needed to be assessed in the context of systemic discrimination against Indigenous people, especially Indigenous women, in the administration of criminal justice.

The majority’s decision means that conditional sentences will now be an available option for trial judges to consider in sentencing Indigenous offenders for a wide variety of offences, provided other requirements are also met (including that the sentence is less than two years, and serving the sentence in the community will not endanger the community).

Ms. Sharma will not get to see the direct benefit of her victory, having already served her jail sentence before the appeal. The decision, however, will help to ensure that, moving forward, Indigenous offenders receive the benefit of the different approach to sentencing enshrined in the Gladue framework. It will also serve as a small step towards reducing the overincarceration of Indigenous people and in particular Indigenous women.

The majority’s decision represents an important articulation of substantive equality under section 15 of the Charter. Section 15, despite its potential for advancing equality, remains complex and under-applied. The majority’s analysis provides a clear example of how to apply section 15 where an applicant argues that a law appearing neutral on its face is discriminatory in its effect – and illustrates the potential of section 15 to be used as tool for addressing the overincarceration of Indigenous people, and Indigenous women in particular.

“We are extremely pleased with the decision in R. v. Sharma,” said Cheryl Milne, Executive Director of the David Asper Centre for Constitutional Rights. “The Court’s decision affirms our position that substantive equality requires a different approach to criminal justice for Indigenous people. Allowing judges to consider conditional sentences in these cases should help contribute, incrementally, to reducing the overincarceration of Indigenous people.”

“This decision is a breakthrough in how courts think about section 15 of the Charter and criminal law, and affirms the substantive equality rights of Indigenous women in the criminal justice context.” said Megan Stephens, Executive Director and General Counsel of LEAF. “The majority decision is remarkable for both its analytical rigor and its compassion concerning the devastating consequences of the overincarceration of Indigenous women, and the ongoing intergenerational harms to Indigenous women caused by colonialism, sexism, and racism.”

We are grateful to pro bono counsel Adriel Weaver and Jessica Orkin of Goldblatt Partners LLP, who acted for LEAF and the Asper Centre in this important case.

The Women’s Legal Education and Action Fund (LEAF) works to advance the substantive equality rights of women and girls through litigation, law reform, and public education. Since 1985, we have intervened in landmark cases that have advanced equality in Canada—helping to prevent violence, eliminate discrimination in the workplace, provide better maternity benefits, ensure a right to pay equity, and allow access to reproductive freedoms.

To support our work to protect the equality rights of women and girls, please consider donating today.

The David Asper Centre for Constitutional Rights is devoted to realizing constitutional rights through advocacy, research and education. The Centre aims to play a vital role in articulating Canada’s constitutional vision to the broader world. The cornerstone of the Centre is a legal clinic that brings together students, faculty and members of the bar to work on significant constitutional cases and advocacy initiatives. The Centre was established through a generous gift from U of T law alumnus David Asper (LLM ’07). For more information please visit www.aspercentre.ca.