On October 17th, the University of Toronto Faculty of Law opened its doors in celebration of the David Asper Centre for Constitutional Rights’ 10th Anniversary. To borrow from the submissions of Joseph Arvay in Carter v Canada (Attorney General), the Asper Centre’s 10th Anniversary was a “momentous occasion”.

Founded through the generous donation of UofT Law alumnus David Asper (LLM ’07), the Asper Centre has marshalled students, faculty and members of the bar toward advancing Canadian constitutional law, and access to constitutional rights since September 2008. This effort has afforded the Asper Centre the opportunity to intervene on multiple constitutional appeals, twenty of which have been before the Supreme Court. These appeals have included such noteworthy cases as: Conway v Her Majesty the Queen, et al, Prime Minister of Canada et al. v Omar Khadr, Attorney General of Canada v Downtown Eastside Sex Workers United Against Violence Society and Sheryl Kiselback, and Canada v Bedford. In addition to its role as an intervenor, the Asper Centre has prepared policy briefs for numerous Senate Standing Committees, hosted panel discussions on topical constitutional issues, and contributed to legal scholarship.

In recognition of the Asper Centre’s dedication to legal advocacy, education, and research, the Faculty of Law hosted a discussion between Mary Eberts and Joseph Arvay. Eberts, a former Asper Centre Constitutional Litigator-in-Residence, has acted as counsel to parties and intervenors at all levels of court and before administrative tribunals and inquests.  Further, she advocated for the present language of section 15 of the Charter, and was one of the founders of the Women’s Legal Education and Action Fund (LEAF). Since 1991, Eberts has been litigation counsel to the Native Women’s Association of Canada (NWAC). Arvay, the first Constitutional Litigator-in-Residence for the Asper Centre, is recognized as one of Canada’s foremost constitutional litigators. In 1990, he co-founded the firm of Arvay Finlay Barristers and has been awarded honourary doctorates of law from both York University and the University of Victoria. Together, Arvay and Eberts have appeared before the Supreme Court in more than fifty constitutional appeals. Both were made Officers of the Order of Canada this year for their work.

The discussion between Eberts and Arvay, moderated by former Supreme Court of Canada Justice Thomas Cromwell, focused on wide-ranging topics relevant to public interest litigation, five of which are highlighted here.

First, Eberts and Arvay shared their views on early Charter jurisprudence as well as the development of the s. 15(1) equality guarantee. By now it is clear that the Supreme Court’s interpretation of s. 15(1) has been inconsistent. However, both Eberts and Arvay agreed that it has now stabilized. Importantly, Eberts would welcome greater judicial consideration for the meaning of “equal protection and equal benefit of the law” within the equality guarantee.

Second, Eberts and Arvay were asked to express their views on the development of Aboriginal law and Indigenous rights. Notwithstanding the progress made through cases like Delgamuukw v British Columbia and Tsilhqot’in Nation v British Columbia, the Asper Centre’s distinguished speakers agreed that there is more to be done. For instance, Eberts suggested that s. 35 of the Constitution Act, 1982 has been thus far, interpreted too narrowly. Moreover, greater regard must be had for the role of “the emerging Indigenous nations in Canadian federalism”. From the perspective of counsel for Indigenous litigants, Arvay articulated the difficult task of seeking relief from Canadian courts while limiting the room for those same courts to make pronouncements on Indigenous law.

Third, Cromwell asked Eberts and Arvay to share their opinions on the role of interveners in constitutional litigation. Of course, having acted as counsel for numerous interveners, each were well positioned to answer. For both Eberts and Arvay, interveners play an integral role to constitutional litigation, namely, ensuring that all interests/perspectives relevant to an issue are fairly represented. Unfortunately, the Supreme Court’s continued shift toward minimizing the time given for interveners to make oral submissions tempers their efficacy and utility. The Asper Centre, as a frequent intervener in the Supreme Court has equally been impacted by these temporal limitations.

Fourth, and perhaps most surprisingly, Eberts and Arvay expressed their views on large law firm environments and whether they are conducive to pubic interest litigation. The fact that most public interest litigation is done on a pro bono basis presents an obvious challenge to any private practice, including large firms. Drawing on their respective experiences in large firms, both Eberts and Arvay suggested that they can serve as excellent environments to facilitate public interest and constitutional litigation. With that said, young lawyers in these settings must be careful not to over commit to pro bono litigation and thereby become unable to meet competing demands. 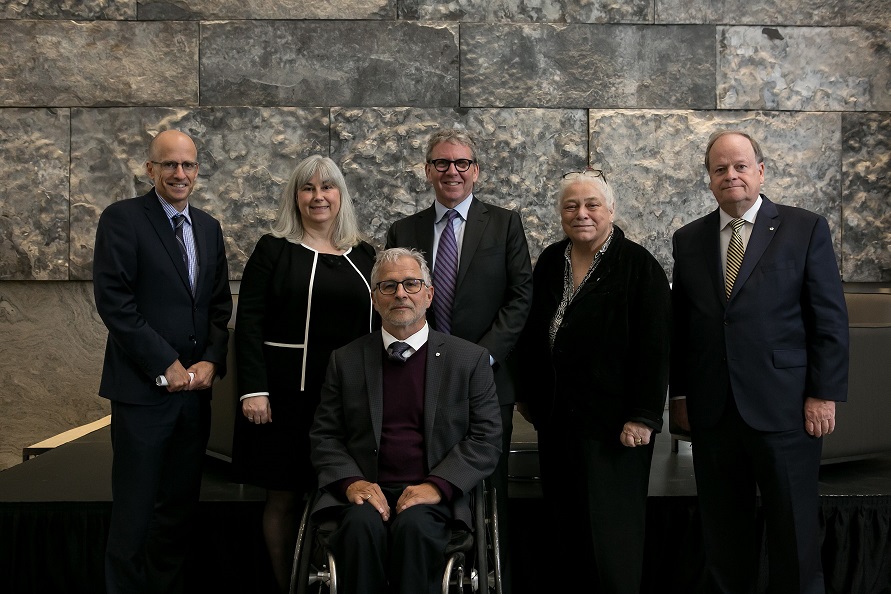