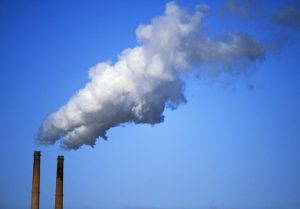 On March 25th, 2021, the Supreme Court of Canada (SCC) upheld as constitutional the federal Greenhouse Gas Pollution Pricing Act (GGPPA), which sets a benchmark for pricing greenhouse gas (GHG) emissions across the country. In a 6-3 decision, the SCC established that the federal government has jurisdiction to apply the GGPPA under the Peace, Order, and Good Government powers (POGG) of the Constitution. Significantly, this sets a marker for the federal government’s ability to control greenhouse gas emissions.

This decision, while important, is unlikely to be the last word on carbon pricing in Canada.

The GGPPA received royal assent in 2018. The preamble to the legislation details the Act’s stated purpose: limiting the negative impacts of carbon emissions on Canadians’ well-being. Notably, it characterizes climate change as a “national problem.” The SCC has previously held legislation can use the preamble to “provide a base for assessing the gravity” of an issue of national concern.[3]

The GGPPA has two main parts. Part 1 is administered by the Canada Revenue Agency and applies a charge to 21 types of fuel and combustible waste. Part 2 establishes a GHG emissions pricing mechanism for large industrial emitters. Provinces can choose whether to implement a carbon pollution price or implement a cap-and-trade system, that allows corporations to trade emissions allowances under an overall cap, or limit, on those emissions.

The Act only operates as a “backstop,” forcing a system on provinces that don’t already have one in place. Additionally, the Act requires the agency return 90% of the revenue as rebates to provinces and individuals, so it is not a tax.

The Alberta Court of Appeal was the final provincial ruling and the only court to rule the GGPPA ultra vires Parliament. The majority found the Act infringed the provincial power to manage natural resources. The Court held that the National Concern Doctrine failed, as carbon pricing does not possess the requisite degree of unity to make it indivisible, in other words that the doctrine could not be used to assign a new head of power to the federal government where the subject matter falls within the province’s exclusive jurisdiction.

The majority judgement uses the Act’s long title to frame its main thrust as not just the mitigation of climate change but mitigation through pan-Canadian GHG pricing mechanisms.[4] They argue both Parts 1 and 2 of the GGPPA are “centrally aimed” at creating one GHG pricing scheme nationally.[5]

The majority finds the law is “tightly focused” and that all the provinces acting together would be “incapable” of enacting legislation with equivalent effects because they could not impose a binding outcome-based standard.[6] Therefore, the law meets the first set of requirements for the POGG national concern doctrine.

Lastly, the majority determines the impact of the legislation is reconcilable with the distribution of legislative powers. Since the law merely operates as a “backstop” within a “narrow and specific regulatory mechanism” it does not unduly infringe provincial powers.[7] Furthermore, considering the interests climate change would harm, they find the impact on provincial heads of power is relatively limited.[8]

They determine the GGPPA meets the criteria established in R v Crown-Zellerbach Canada Ltd. and is intra vires the Parliament of Canada.[9]

Justice Côté takes issue primarily with the power granted under the GGPPA to the Governor in Council. He argues no clause should give the executive branch the power to nullify or amend Acts of Parliament. Furthermore, when an Act grants such power, the law cannot be within the national concern doctrine as the minimum standards have not been set by Parliament but by the executive branch.[10]

Justice Brown found the subject matter of the GGPPA was “squarely within” provincial jurisdiction and argued the Court should “condemn” the “leveraging” of climate change.[11] He finds provincial property and civil rights stand out as “the most relevant source of legislative authority” for the GGPPA.[12]

Finally, Justice Rowe took issue with the use of POGG in the majority’s reasons. He felt the doctrine of National Concern, and POGG more generally, should only be used as a last resort to “preserve the exhaustiveness of the division of powers.”[13]

This decision is not the end of the story for litigation of environmental legislation and climate change protection in Canada. As Justices Brown and Rowe indicate, the on-going balancing of powers in federalism will no doubt be fodder for the next leg of the journey.

This latest ruling is only directly about carbon pricing schemes. David Suzuki said the judgement gives the federal government the “power to make a difference,” but the extent of that power remains unclear.[14] The SCC in Friends of the Oldman River Society v Canada (Minister of Transport) ruled the “environment” cannot be assigned solely to one level of government, as the “environment” is too broad.[15] This case is likely not the last time a court will need to balance Canada’s climate crisis and federalism issues.

Nonetheless, potential future challenges should in no way undermine the magnitude of this decision. The finding that a matter is one of national concern is “permanent” and confers exclusive jurisdiction on the issue to Parliament.[16] The Supreme Court has moved the line for federal authority in environmental legislation. The question remains just how far it has moved.

Cameron Somerville is a 1L JD student at the Faculty of Law and is a member of this year’s Asper Centre Climate Justice student working group.