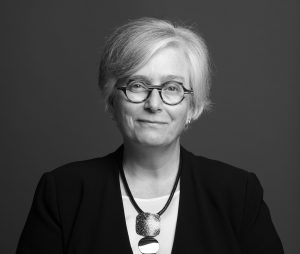 Ursel, a Toronto-based employment and human rights lawyer, will be teaching constitutional advocacy in the Asper Centre clinic during the fall term. Drawing upon her extensive experience from her constitutional, human rights and administrative law practice, she will mentor students on the case files that they will be working on in the clinic.

Why did you decide to become the next Constitutional Litigator-in-Residence at the Asper Centre? What are some of your hopes and expectations from the position?

The Asper Centre has a reputation for excellence in teaching, research, and litigation, so I was thrilled to be selected the next Constitutional Litigator-in-Residence. I have always been committed to human and constitutional rights. I also have a great passion for teaching. I could not be luckier to have a position that combines my two professional interests.

I am most looking forward to collaborating with the students, the academic advisors, and Cheryl. I hope that together we can foster a rich learning environment for everyone, myself included. I am excited to work with the students in their research.

New legislation is being enacted all the time and there are always Constitutional issue percolating through our justice system. I hope we will be able to identify interesting, meaningful constitutional litigation projects to work on during my tenure at the Centre.

What made you decide to pursue criminal law? How did you get involved in constitutional litigation?

During law school I was drawn to criminal and constitutional law. I quickly learned that many Charter issues — including privacy, freedom of expression, police powers, national security, religious freedom, and liberty interests — are litigated in criminal trials.

What was the most memorable moment in your career?

There have been many, but one of the most memorable moments was the very first case I worked on as a lawyer. I was working for Marlys Edwardh and Clayton Ruby. They were retained by a young man facing extradition to the United States on three counts of murder named Atif Rafay. The United States intended to seek the death penalty. We launched a constitutional challenge against the authority of the Canadian government to extradite a Canadian citizen to face the death penalty. The problem was that the Supreme Court of Canada had, 10 years earlier, ruled against us on a similar challenge. In essence, we were asking the Court to reverse one of its own decision. We were ultimately successful (Burns v United States of America, 2001 SCC 7). The Court prohibited the extradition of our client unless the United States assured the Canadian government that our client would not face the death penalty.

It was an unforgettable case because of the result and the amount of work that went into it. But more than that, it also taught me that although the legal community often focus on the broad legal principles that come out of constitutional cases, most constitutional principles derive from cases that are really about one person seeking a specific remedy in their unique circumstances. Burns v United States of America was about ensuring that our client was not executed. But it now also stands for a much broader Constitutional principle. Focusing on the broader policy issues without losing sight of the particular factual context that matters to the individuals involved in constitutional cases is a unique and fascinating challenge.

Do you feel your perception of the role of constitutional litigators has changed throughout your career?

Yes and no. Obviously I still have that optimistic view that constitutional litigation is a useful mechanism for defining and advancing individual and collective rights in our country. I also still see it as a very important check on the powers of government at all levels.

But I have also learned that constitutional litigation sometimes must be seen more as a “long game”. Real and lasting change within a common law system is often incremental and slow. The dialogue between the Court and government is also an important part of Constitutional litigation. It is important to be strategic about when and how to raise constitutional issues and the importance of building the right record for the remedy you are seeking.

Could you speak to some of the work you have done for the Criminal Lawyers Association?

In 2012, the Criminal Lawyers’ Association took up that challenge. Marlys Edwardh and I were asked to co-chair a working group to identify challenges faced by women in defence practice. After extensive research and consultations, we presented our Report to the CLA Board in August 2013.

Based on our recommendations, the CLA created a standing committee on Women in Criminal Law and created 2 permanent positions on the Board for the co-chairs of that committee. I became the first Women’s Vice-President and co-chair of the Women’s Committee. Over the next few years, the Committee got to work implementing the recommendations of the Working Group. We commissioned an academic study on the challenges facing women in the defence bar, which was released in March 2016. We put together conferences for women in criminal law. We held networking and business development programs for women across the province. We created mentoring opportunities for women who were new to defence practice. And we lobbied the Benchers to preserve the parental leave assistance program. There is still lots of work to do and I am actively involved in efforts to improve legal aid funding to give defence lawyers financial security so they are not drawn to more stable government jobs and improve the supports available to defence lawyers who take time off to have or care for their family so they don’t have to choose between their career and their family.

As with many equity issues, as soon as you make progress on one front, new challenges come to the fore. I am now working with others at the CLA to improve diversity among our membership and our Board

Do you have any advice for students who want to practice constitutional litigation?

My main advice to students is to find work that is meaningful to you and in keeping with your own values and interests. A career in law will be demanding and stressful. If you are going to work long hours, you should be working on projects that you think are important.

If constitutional litigation is your passion, look for opportunities, big or small, to meet and work with lawyers doing the sort of cases that interest you. Take advantage of every chance to watch litigators in action and talk to them about their cases.

Davies, a Toronto-based criminal defence lawyer, will be teaching constitutional advocacy in the Asper Centre clinic during the fall term. Drawing upon her extensive experience from her criminal, constitutional and administrative law practice, and her academic experience as an adjunct professor of criminology and the University of Toronto, she will mentor students on the case files that they will be working on in the clinic.

“Breese Davies brings a wealth of litigation and teaching experience to the role that will benefit the students and the Centre” says Executive Director, Cheryl Milne.

Breese Davies says, “I am honoured to be joining the Asper Centre as the Constitutional Litigator in Residence. It is a unique opportunity for me to combine my love of teaching with my passion for advocacy and constitutional law. I look forward to working with and learning from the faculty and students associated with the Centre. Despite 35 years of Charter litigation, there are still many important and emerging human rights issues to be addressed. The David Asper Centre is at the leading edge of constitutional education, research and advocacy in Canada and I am delighted to be joining their amazing team.”