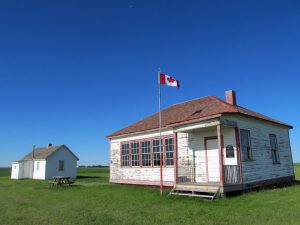 On April 20th, 2017, Justice Layh of the Saskatchewan Queen’s Bench released the decision of Good Spirit School Division No. 204 v. Christ the Teacher Roman Catholic Separate School Division No. 212, ruling that public funding for non-Catholic students to attend Catholic schools is unconstitutional. In other words, this decision means that non-Catholic students can no longer attend Catholic schools in Saskatchewan. As can be expected, this ruling has been controversial, leading the Saskatchewan premier to invoke the notwithstanding clause. It has the potential to affect all Catholic students in Saskatchewan, Alberta, and Ontario, three provinces subject to denominational school rights. On March 13th, the case was heard at the Court of Appeal but no decision has been yet released.

In 2003, the public school in Theodore Saskatchewan was shut down due to an insufficient student population. The school board planned to bus all 42 students to a nearby school instead. However, since Saskatchewan is subject to denominational school rights under the Constitution, the parents of Theodore voted to open a Catholic school (St. Theodore Roman Catholic School) even though the majority of students were not Catholic. Nonetheless, the majority of the 42 students chose not to be bussed to the public school, meaning that the public school board received less funding. In response, the school board (Good Spirit School Division) launched a suit claiming that the Catholic school cannot receive funding for non-Catholic students based on s.93 of the BNA Act, and s.2(a) and s.15 of the Charter.

This case is over 200 pages long, addressing numerous constitutional and procedural issues. This article will focus on two of them. Firstly, is the government’s funding of non-Catholic students in Catholic schools a constitutionally protected right under s.93 of the BNA Act? Secondly, if not, does it infringe s.2(a) and/or s.15 of the Charter?

Justice Layh rules that the funding of non-Catholic students does not pass the denominational aspects test and thus is not immune to Charter review. He leans heavily on the historical fact that those who fought for separate school rights wanted those schools to be separate from the majority – they were a way for the minority faith to remove their children from majority influences and sustain their religion.6 In addition, he asserts that even if it is accepted that spreading Catholicism is a part of Catholic education, the protected denominational aspect of Catholic education is the transmission of Catholic values to Catholic children rather than non-Catholic children.7 With this view, he finds that the admission of non-Catholics into Catholic schools cannot be protected under the denominational school rights negotiated in the BNA Act.

Proceeding to the Charter analysis, Justice Layh finds that funding non-Catholics to attend Catholic schools violates s.2(a) and s.15. He undertakes a religious neutrality analysis, ruling that funding students at the public expense to subscribe to one religion violates the government’s duty of neutrality under s.2(a).8 Similarly, Justice Layh finds that funding non-Catholic students to attend Catholic schools also violates s.15 – the funding allows members of the Catholic faith to promote Catholicism over other religions, and allows Catholic parents to fund education in their faith over parents of other faiths.9

It is unclear as of now where the law stands, since the appeal decision has not been released and the notwithstanding clause has been invoked. However, this case has already inspired litigation focusing on the admission of English students into constitutionally protected French schools.10 If Justice Layh’s decision is upheld, many Catholic school students may be forced to transfer schools and Catholic school boards around the country could lose large amounts of funding.