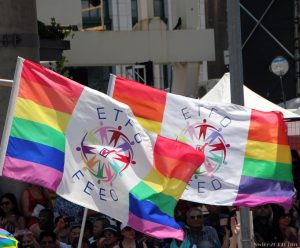 In my opinion, to call the court’s decision dismissing the case against the Ontario government in respect to the repeal and replacement of the sex ed curriculum disappointing would be an understatement. I would consider instead: disheartening, or infuriating.

In 2018 the Ontario government issued a directive to repeal the 2015 sexual education curriculum and replace it with the 2010 curriculum, which had the same sexual education content as the 1998 curriculum. The previous curriculum did not include among other things consent, gender identity and expression, cyberbully or sexting. The Elementary Teachers’ Federation of Ontario (ETFO), the Canadian Civil Liberties Association (CCLA), and a parent of a child affected brought two applications to judicially review this directive, which essentially required the determination of one question: whether the directive and the events surrounding the decision infringed the Charter rights of teachers, students, and/or parents.

Arguments were made regarding sections 2(b), 7 and 15(1) of the Charter of Rights and Freedoms in this case by the ETFO and the CCLA. Several interveners also took part to provide other perspectives including: Grand Council of Treaty 3, Justice for Children and Youth and Canadian HIV/AIDS Legal Network and HIV & AIDS Legal Clinic Ontario.  This article provides my opinion on the Charter analysis provided by the court, but I will note there was also a discussion of jurisdiction and standing.

I understand how the court came to dismiss the applications, but I still believe it was incredibly important that the case was brought. We need queer youth, young women and girls and survivors of sexual violence to know we stand with them. The court did clarify that teachers can teach from the 2015 curriculum with no fear of professional repercussions and in many ways, that is a win for students with willing teachers. But the concern remains for students of teachers unwilling to teach this content for personal reasons or because of the opinions of those around them.

2(b) – Freedom of Expression

In addressing the section 2(b) freedom of expression analysis, the court examined the combination of the removal of topics from the curriculum along with statements made by members of the government and the creation of a website which allowed for the submission of information on teachers and classrooms. The complainants alleged that this constellation of factors established a violation of teachers’ freedom of expression by preventing them from teaching facets of the 2015 curriculum which were removed by the replacement with the 2010 curriculum.

In finding that there was no 2(b) violation, the judge appears to rely on the fact that counsel clarified the positions of the Minister in respect to what was fair game for teachers to teach under the new curriculum. I am frustrated by this result as this clarification would not have come had this not been brought to court and runs counter to the common understanding of the statements made by the government, which the court itself called “Ill-considered”. However, I expect some teachers will find solace in this decision as it confirms their ability to provide necessary information on consent, gender identity, sexual orientation, sexting and cyberbullying to their students without fear of professional sanctions.

7 – Guarantee to Life, Liberty and Security of the Person

While working with the Asper Centre, within our working group, I focused on the s. 7 arguments and I knew this would be a difficult argument to make but I hadn’t expected the court’s focus on a lack of evidence of harm stemming from the 2010 curriculum. Jurisprudence on s. 7 does not require direct scientific evidence, but rather a sufficient casual connection is enough to draw a reasonable inference on a balance of probabilities.

In my mind, every sexual assault which was committed by a person who had been taught sex ed in Ontario during the time period the 2010 curriculum was in use or was perpetrated against someone had been taught sex ed in Ontario during that time arguably had a link to the curriculum. This is due to a lack of education around the requirement of consent to engage in sexual activity. I thought of the young men and women who didn’t know they needed to say yes, didn’t know how to say no or didn’t know what to do when their no or lack of yes meant nothing to someone else. I think of the young men and women now having to face the reality of having engaged in sexual misconduct or assault because no one taught them any better in a world which rewards toxic masculinity and rape culture and encourages women to bite their tongue and let it go.

And so, I knew this argument would be hard to make because a government does not have a positive burden to ensure life, liberty and security of the person and because a policy of one government does not bind the next, but I hadn’t expected part of the issue to be a conceived lack of harm.

By providing a sexual education curriculum which does not teach content relevant to diverse gender identities or sexual orientations, cis and straight students are receiving a benefit from the government that other students cannot receive. That benefit is a sexual education curriculum which is relevant to them. The court does not address the s. 15 claim from this angle, addressing only the lack of requirement to continue to provide a benefit that had previously been received.

I want to end this article by saying that I and many others will continue to stand with the students impacted by the repeal and this decision and continue to do what we can to support them and their access to the necessary information they are no longer guaranteed in the classroom. Therefore, I’ve provided a list of links below to resources that are working to fill this gap: