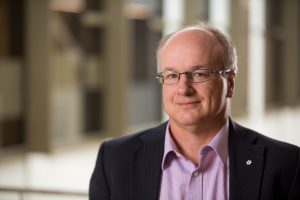 Section 23 of the Charter guarantees the right to minority language education. In British Columbia, the Conseil scolaire francophone de la Colombie-Britannique (B.C.’s French language school board) and co-plaintiff parents brought a lawsuit against the Ministry of Education to obtain the financing required in order to build schools that are equivalent to English-language schools. The trial judge said the province breached the French-speaking community’s rights under section 23 of the Charter in several areas of B.C. The Court of Appeal said courts needed to be practical when looking at section 23. Giving the school board what it wanted would cost too much and section 23 of the Charter didn’t mean the province had to provide all the school facilities right away. The school board appealed. In this case, the Supreme Court will decide how courts should deal with minority language rights including what governments must do when there aren’t enough students to justify offering full school services in the minority language. Another issue is whether courts should look at costs when deciding whether a breach of section 23 can be allowed.  Further, the court will have to decide whether the province should have to pay damages to the school board. This decision could affect other minority-language communities across Canada.

The focus of the Asper Centre’s intervention is on the availability of Charter damages and the appropriateness of the application of the Mackin principles to damages under s.24(1) of the Charter for unconstitutional policy decisions. Read our factum here.

The SCC will hear this case on September 26th 2019 in Winnipeg Manitoba, in Treaty One Territory. This is a historical first, where the SCC will sit outside of Ottawa.

Oral arguments for the Asper Centre will be presented by University of Toronto Professor of Law and Prichard-Wilson Chair of Law and Public Policy, Kent Roach (pictured above).