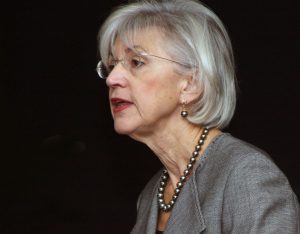 CBC’s Sunday Edition recently interviewed former Chief Justice Beverley McLachlin prior to her retirement. Chief Justice McLachlin reflected on her own career, as well as the legal system at large.

Chief Justice McLachlin emphasized the need for “conscious objectivity” in the legal system: “The job of a judge is not to simply say, ‘I like this person better than that or I like this story.’ You have to give everyone a fair hearing, and that means not just listening passively but trying to understand what their problem is, where they are coming, and why they acted the way they did.” Judges must understand a dispute completely in order to determine the appropriate outcome.

Chief Justice McLachlin re-iterated the Canadian state has perpetuated cultural genocide of Indigenous Peoples. She described government policies as “the undermining or attempted annihilation of a culture.” Government policies have forbidden Indigenous practices, as well as forcibly placed Indigenous children in Indian Residential Schools. Chief Justice McLachlin suggested that the legal system must move beyond an adversarial system and embrace alternatives, particularly for Indigenous youth who commit minor crimes; otherwise, vulnerable individuals are placed into the system and driven towards more crime. She added that early intervention could stop Indigenous children from coming into contact with the system completely.

This interview caused me to pause and reflect upon milestones during Chief Justice McLachlin’s tenure. She made history as the first woman appointed as Chief Justice of the Supreme Court of Canada. Chief Justice McLachlin steered the Court through historic cases. Just some of these cases include:
• Reference re: Same-Sex Marriage, upholding the constitutional validity of same-sex marriage;
• Haida Nation v. British Columbia, which outlines the Crown’s duty to consult Indigenous Peoples;
• Carter v. Canada, where the Court recognized a right to assisted death;
• R v. Nur, striking down mandatory minimums for gun crimes; and
• Daniels v. Canada, where the Court declared that non-Status Indians and Métis are “Indians” for the purposes of s. 91(24) of the Constitution Act.

Most striking is that Chief Justice McLachlin acknowledged that Canada has committed cultural genocide against Indigenous Peoples – a controversial statement given her position and the prevailing sentiment at that time. Her willingness to speak truth to power is a call to action for us, as law students and lawyers, to work harder at ensuring that the legal system is truly fair for all peoples.

Catherine Ma is a 2L JD Candidate at the Faculty of Law and the co-leader of the Asper Centre’s current Indigenous Rights student working group.