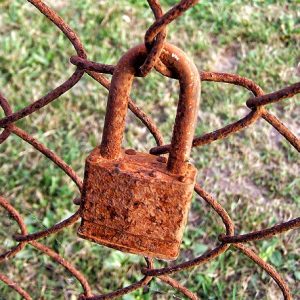 On July 20, 2018, the Immigration and Refugee Board of Canada released an external audit performed by independent auditor, Katherine Laird, on Canada’s immigration detention review system. She examined randomly selected cases where immigration detention exceeded 100 days. The report documents serious concerns about procedural fairness leading to lengthy incarceration. A review of the document headings shows a litany of unfair practices and barriers to justice that have left many detainees languishing in detention with little hope of release. They include:

The overall finding, articulated as “notable discrepancies between the expectations articulated by the courts and the practice of the Immigration Division,” is based upon many specific instances of practices that show an administrative system that has become one-sided, unfair and callous to the impact of long-term incarceration on individuals.

Calling many of the practices a fundamental breach of natural justice, the report references the Federal Court in Brown v Canada (Citizenship and Immigration):

Before the state can detain people for significant periods of time, it must accord them a fair process. This basic principle has a number of facets. It comprises the right to a hearing. It requires that the hearing be before an independent and impartial decision-maker. It demands a decision based on the facts and the law. It entails the right to know the case put against one, and the right to answer that case.”

The liberty interests as stake are significant – cases reviewed involved detention of more than four months – thus invoking the principles of fundamental justice that provide the necessary limit on government action. While the majority of persons in the immigration detention system (88%) are released within 90 days, this is still a significant amount of time. Of those held longer, 64% were released within 180 days (based on 2017 statistics). However, also in 2017, 80 individuals remained in detention for over a year. For those people the detention review hearings seemed to be most problematic and the breaches of fairness most pronounced.

The most problematic jurisdiction examined is the Central Region encompassing most of Ontario. Not surprising, this is the district in which virtually no legal aid was provided to detainees and where fewer detainees therefore had the benefit of legal representation. The auditor also found that the practices of Canadian Border Services Agency were often more adversarial in this jurisdiction.

Overall it is a strong indictment of an administrative system that seems inured to the impact of detention on individuals and oblivious to the obligations of the government under the Charter. The audit finds that too often the onus of proof seemed to have slipped over to the detained person to demonstrate why they should be released, when the original grounds for detention were on shaky factual grounds.

The report makes a number of recommendations, but what is clear is that a cultural change is needed. The auditor notes that the Immigration Division should “encourage a tribunal culture that values compassionate adjudication”. But more than an attitudinal shift is needed. Only substantive reform will fix a system that has skewed so far from the rule of law and the Charter of Rights and Freedoms.