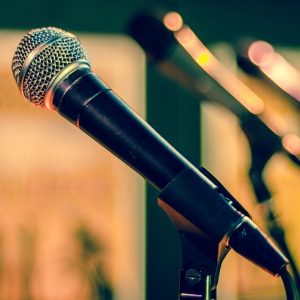 Courts often breeze by the first step of the Oakes analysis, I remember my first year constitutional law professor telling the class. That is, when determining whether a law infringing on Charter rights is justified, judges tend to give governments the benefit of the doubt that their laws have a legitimate purpose.

In Canada Without Poverty v. Attorney General (Canada), released on July 16, the Ontario Superior Court of Justice decision departs from that trend. In that case, Canada Revenue Agency determined nearly all of the applicant’s activities were political and therefore violated s. 149.1(6.2) of the Income Tax Act. Read alongside s. 9 of CRA’s Policy Statement 022, the provision requires registered charities to spend no more than 10% of their resources on “political activities.” While direct submissions to government don’t count towards the 10% max, communicating similar non-partisan policy messages to the public does.

Canada Without Poverty argued the ITA provision violated its s. 2(b) right to free expression, and that such public advocacy is essential for its fight towards poverty relief. Indeed, its executive director deposed that limiting such communications to 10% of its resources “is fundamentally at odds with achieving its charitable purpose” (para 39).

In his decision, Morgan J. noted that several national and international policies, such as the government’s 2017 Report of the Consultation Panel on the Political Activities of Charities and the Copenhagen Declaration, state that poverty relief is best attained through people’s full participation in decisions around societal well-being.

The government argued the ITA doesn’t violate the applicant’s freedom of expression because it can still engage in such communications, just without the designation of a registered charity. That is, it has a right to free speech but not subsidized speech (para 31).

But Morgan J. disagreed, noting that “any burden, including a cost burden, imposed by government on the exercise of a fundamental freedom such as religion or expression can qualify as an infringement of that right or freedom if it is not trivial or insubstantial” (para 44).

He also pointed to McLachlin C.J. and Major J.’s partial dissent in Harper, which highlights the importance of public communication in free speech: “The ability to engage in effective speech in the public square means nothing if it does not include the ability to attempt to persuade one’s fellow citizen through debate and discussion” (para 45).

Morgan J. added that Canada Without Poverty has a right to effective freedom of expression, which includes “the ability to engage in unimpaired public policy advocacy toward its charitable purpose” (para 47).

Having determined the applicant’s right to free expression was infringed, Morgan J. analyzed whether such infringement was justified. After examining statements of the Minister of National Revenue when the ITA provision was introduced in 1985, the wording of the statute and CRA’s policy statement, he found it was not.

Since this a rare case where step one of the Oakes test was not met – the government didn’t establish a pressing and substantial objective for the law in question – there was no need to go further. “Once the objective is determined to be unjustified, the means chosen to accomplish the objective are equally unjustifiable and the impairment cannot be minimal,” Morgan J. wrote (para 64).

So, charities, go forth and agitate (in a non-partisan way)!