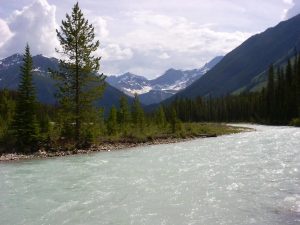 Indigenous Religion and the Court: A Lost Opportunity to Revise Religious Freedom Under the Charter

Earlier this month, the Supreme Court of Canada delivered its much awaited freedom of religion decision in the case of Ktunaxa Nation Council v British Columbia. Put simply, we could have waited longer. The decision marks a lost opportunity for the Court to have revised its freedom of religion jurisprudence, and is an extraordinarily dismissive analysis for what stands as the first indigenous religion brought under the Charter.

The Ktunaxa Nation Council, the appellants in the case, challenged the BC government’s approval of a ski resort on what is believed to be their sacred territory called “Qat’muk.” It was alleged that, should any construction go forward on the land, the Ktunaxa’s religious rituals would be deprived of any spiritual significance, as the “Great Grizzly Spirit,” who infuses their traditions with meaning, would permanently flee the territory. The case therefore raised the novel issue of whether s 2(a) of the Charter covers so-called “sacred sites,” and if there is any role for government in preserving the spiritual traditions of religious practitioners.

On the fascinating question of whether religious practices are intimately connected to religious beliefs themselves? Nothing.

On the issue of whether the recent origin of a religious claim can affect the proportionality analysis on judicial review? Nothing.

On the matter of whether preserving a religious community is more pressing than an individual’s religious belief? Nothing.

On whether the building of a ski resort is a sufficiently pressing objective to override a constitutional right? Nothing.

Instead we were subjected to a mere four paragraphs of analysis, with the Court merely affirming that s 2(a) only covers “beliefs” and the “manifestation” of beliefs, rather than the beliefs themselves.

But this is a senseless distinction. For the Ktunaxa, the manifestation of their beliefs requires that Qat’muk remain undisturbed. There would simply be no point in practicing their faith if the spirit that animates these practices no longer is present. By way of analogy, imagine attending a Christian Mass with the knowledge that Yahweh is no longer listening, or that God has taken a sick day to watch football. There would, alas, be no point in attending such an empty ritual.

Similarly, for the Ktunaxa, their god has been effectively killed by the State’s action in this case; or, as one twitter user suggested, “Nietzsche would have been proud of this decision.”

By this, I do not mean to say that the Ktunaxa should have come out victorious on their appeal – indeed, I think the case was deeply problematic on the facts. But failing to at least find an infringement is to fail to grapple seriously with the intimate connection that indigenous peoples and indigenous religion has with land and land claims.

Only the concurring opinion seems to have understood this. Justice Moldaver’s concurring opinion – in contrast to the majority – is a deeply satisfying, cogent analysis that takes seriously the novelty and gravity of the Ktunaxa’s religious claims. Justice Moldaver’s opinion makes the rather obvious point that manifesting the Ktunaxa’s religious beliefs required that Qat’muk go undisturbed; that indigenous religion requires the preservation of sacred sites; that not all religious beliefs can be framed in terms of protestant religious practices; that the impact on the Ktunaxa’s beliefs is severe; and, ultimately, that the state’s objective in fostering a prosperous tourism market in the province is sufficiently important to uphold the Minister’s proposal.

This analysis is thoughtful. It is sound. And it is just.

As for the majority, the Court could have saved itself 115 unnecessary paragraphs, and hundreds of wasted sentences, by simply stamping the following two words onto their jurisprudential writ:

Patrick Enright  is a 3L JD Candidate at the University of Toronto and a former Asper Centre Clinic student.

Ktunaxa case summary and further information available on the Supreme Court of Canada’s website here. For further reading on this case, please see University of Toronto Faculty of Law Professor Anna Su’s commentary: A Tale of Two Burdens and Patrick Enright’s previous summary of the Ktunaxa case in our 2017 Asper Centre Outlook Newsletter at page 12.