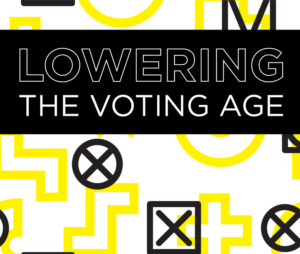 TORONTO, Dec. 1, 2021 – A group of Canadian children and youth are set to make history, opening the possibility that they and their peers may be able to cast a ballot in the next federal election. The 13 young people range in age between 12 to 18 years old and hail from coast to coast to coast, including Nunavut, British Colombia, Alberta, Saskatchewan, Ontario, Quebec, and Nova Scotia. They have filed an application at the Ontario Superior Court of Justice to challenge the voting age in Canada, and are arguing that the Canada Elections Act, which prevents citizens under the age of 18 from voting in federal elections, is in violation of Sections 3 and 15 of the Charter of Rights and Freedoms and is therefore unconstitutional.

Section 3 of the Canadian Charter of Rights and Freedoms states that all Canadian citizens have a right to vote in federal and provincial/territorial elections, and section 15 states that everyone is equal before and under the law without discrimination based on age. Additionally, the Supreme Court of Canada, in the case Frank v Canada, made it clear that any limit on Canadians’ right to vote must be clearly justified. Children represent nearly one quarter of Canada’s population, yet they remain the only disenfranchised citizens in our society.

“Youth are the future. But as it stands, we can’t vote for who gets to shape that future – and particularly in this unprecedented climate crisis, lack of youth voting rights might mean that we don’t have a future at all,” says Amelia Penney Crocker, a youth litigant from Halifax.

The court challenge is being supported by Justice for Children and Youth (JFCY) and the David Asper Centre for Constitutional Rights at the University of Toronto (Asper Centre).

“Decision-makers tend to cite outdated factors when denying young people access to the polls. They are the same factors historically used to deny other groups the right to vote,” say the lawyers at Justice for Children and Youth. “We have seen a continued rise in young people’s efforts to be heard — millions marching on issues that have a direct impact on their lives and the world in which they live, yet they still can’t vote.”

Already, four of Canada’s federal political parties permit those under 18 to vote for party leadership. The Liberal Party of Canada, Conservative Party of Canada, and Green Party of Canada allow members as young as 14. The federal New Democratic Party does not set out a minimum age for membership, but its provincial and territorial NDPs typically require members to be 14 or older. The Ontario NDP accepts 13-year-olds as full voting members.

“As children and youth, we deserve to speak for ourselves on the issues that matter to us and affect our lives, such as climate change and mental health. Our voices should not be ignored, as we know what actions are needed to address these issues and better the world for future generations, and we are already making change in many ways—we’re hoping that gaining the right to vote will be the next step,” says Katie Yu, a 15-year-old litigant from Iqaluit.

The fight to lower the voting age is also happening at municipal and provincial levels across the country. In June, the city of Vancouver officially endorsed lowering the voting age to 16 in municipal elections across B.C. Meanwhile, the P.E.I. provincial parliament struck down a similar attempt in April.

“Making the kinds of decisions that people make when voting is often called cold decision making – you have information and time to consider alternatives and make choices,” say the lawyers at JFCY.  “We know from brain science research, from direct experience, and from international examples that people under 18 are equally capable as those over 18 of making voting decisions. We also know that including voters under age 18 improves democracy.”

According to the Universal Declaration of Human Rights: “everyone has the right to take part in the government of his country, directly or through freely chosen representatives.” The United Nations Convention on the Rights of the Child further requires countries to “assure to the child who is capable of forming his or her own views the right to express those views freely in all matters affecting the child” in accordance “with the age and maturity of the child.”

Other countries and international jurisdictions that have lowered their voting age to 16 include Argentina, Austria, Brazil, Ecuador, Germany, Scotland and Wales.

Youth litigants in the court challenge include: