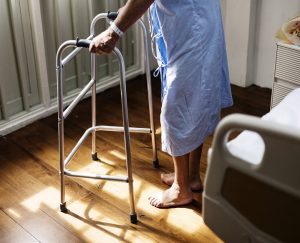 It is a truth universally acknowledged that a first-year law student in possession of a jam-packed schedule must be in want of an excuse to skip Legal Process class. But as we see in Cambie Surgeries Corporation v. British Columbia (Attorney General), both ignorance and careful manipulation of the smallest rules of civil procedure lead to months- and even years-long delays before pressing constitutional questions will be answered. So 1Ls, skip at your peril.

Cambie Surgeries centres on British Columbia’s ban of most private healthcare. The plaintiffs – two private clinics owned by Dr. Brian Day and four patients – argue the unconstitutionality of three provisions of B.C.’s Medicare Protection Act: prohibition of private duplicate insurance, limits on extra billing, and preventing doctors from being paid by both the provincial Medical Services Plan and directly by patients. They argue that by preventing private billing, the province forces patients to suffer as they languish on waiting lists. They allege this infringes their s. 7 Charter right to security of the person, and the fact that some residents have access to expedited private medicine through workers’ compensation and government-run auto insurance infringes other British Columbians’ s. 15 equality rights.

The trial began in September 2016, was adjourned in April 2017 partly due to the plaintiff running out of funds and partly due to inefficient presentation of evidence, and re-commenced on April 9, 2018.

Such evidentiary disputes aren’t new: in an April 2017 interim judgement, Justice John Steeves noted that half of the 70+ days of the trial had been devoted to argument over expert witnesses. In an interview with the Canadian Press, Dr. Day said the government delays were an attempt to bleed him dry and force him to abandon his suit.

Between March and May 2018, Steeves J. released 11 interim judgements responding to the parties’ very particular quibbles. Most of the motions sought to strike expert witness affidavits in whole or in part. Steeves J. assessed the impugned statements one by one, concluding that some are admissible because they derive from the witness’s direct experience and observations while others are inadmissible because they include hearsay evidence or opinion.

The line between description and argument can be fine: stating that many patients will deteriorate as they wait for treatment is admissible, but stating that surgery gets more challenging the later it occurs is not (2018 BCSC 759 para 11). Similarly, in another judgement, some comments that might be described as opinion were held to be admissible descriptions of the physician’s work, such as his statement that efforts made at the hospital will be insufficient to meaningfully reduce his waitlist (2018 BCSC 760 para 26).

In another motion, British Columbia sought to enforce Cambie Surgeries’ compliance with a previous order. Specifically, Cambie Surgeries hadn’t produced documents it had been ordered to, and allegedly redacted 55 documents without any explanation. It also failed to list documents it didn’t have in its possession or control, as well as to include any information about privilege, all of which violates the Supreme Court Civil Rules. Steeves J. ordered Cambie Surgeries to provide unredacted copies of certain documents, an amended list of all relevant documents, and an affidavit from Dr. Day that all relevant documents have been disclosed. “… The amended list of documents will comply with the Rules by indicating the documents or classes of documents for which privilege is claimed,” Steeves J. said. “Following discussions and argument I think counsel now understands what that means.”

It’s been almost two years since the Cambie Surgeries trial began, and while a CanLII search yields nearly 50 interim decisions, we’re nowhere near a final judgement. Maybe that’s because British Columbia is disputing the smallest points in the hopes that Dr. Day, drained of his assets and mortgaged to the hilt, will slink away, taking his Charter challenge with him. Maybe that’s because Cambie Surgeries’ lawyers are making disclosure mistakes that would cost them points on a 1L Legal Process exam. Whatever’s causing the delays, and whatever one’s thoughts on privatized medicine in the Canadian healthcare system, it’s clear that the complexities of civil procedure aren’t helping the country get an answer to an important constitutional question.