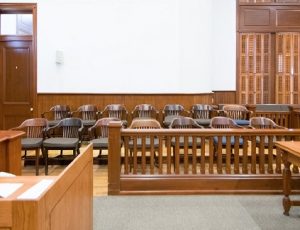 The Asper Centre recently intervened in R v Chouhan, a case before the Supreme Court of Canada (SCC) whose outcome has fundamental implications on the process of jury selection in criminal trials.

The bill came into force on September 19, 2019. On that same day, jury selection for the appellant, Mr. Chouhan, was scheduled to begin. Mr. Chouhan, who was at that time charged with first degree murder, challenged the constitutional validity of the second and third Bill C-75 amendments, arguing that they infringed upon his rights as an accused under ss. 7, 11(d) and 11(f) of the Canadian Charter of Rights and Freedoms [3][4].

The balance of Mr. Chouhan’s argument hinged on the abolition of peremptory challenges as infringing on his ss. 11(d) right to a fair hearing by an impartial tribunal. In upholding the constitutionality of the amendment, the trial judge emphasized the strong presumption of jury impartiality and the numerous safeguards in place to ensure this, including the availability of unlimited challenges for cause based on a reasonable prospect of partiality [5]. Mr. Chouhan appealed, arguing that in cases where the accused is racialized, the assumption of jury impartiality is rebutted, giving rise to the need for peremptory challenges [6]. In upholding the trial judge’s ruling, the Ontario Court of Appeal described the use of peremptory challenges in weeding out biased jurors as inherently paradoxical, as the exercise of such challenges is often purely subjective and rooted in stereotypes [7]. Leave to appeal was granted by the Supreme Court and oral arguments were heard on October 7, 2020.

At the heart of the proceedings was whether peremptory challenges actually advance or hinder the selection of fair and impartial juries, particularly when the accused belongs to a racialized community. In addition to Mr. Chouhan and the Crown, numerous interveners, including several representing racialized communities, submitted arguments falling on both sides of this issue. Counsel for Mr. Chouhan argued that peremptory challenges mitigate the effects of racial prejudice on jury selection by giving the accused at least some minimal control and confidence in the impartiality of the jurors and the fairness of the trial process. This position was supported by oral arguments from Joshua Sealy-Harrington on behalf of the BC Civil Liberties Association who argued that “implicit bias compromises the impartiality of trial juries and absent peremptory challenges, there is no safeguard against that implicit bias in the entirety of the jury selection process.”

The Asper Centre intervened with the position that the abolition of peremptory challenges did not infringe on the Charter. Our factum (as can be found here) emphasized the inherent subjectivity of peremptory challenges which are often based on racial prejudice or stereotypes, thus inviting abuse via discriminatory use. The Asper Centre was represented by University of Toronto Professor of Law and Prichard-Wilson Chair of Law and Public Policy, Kent Roach. In oral arguments, Professor Roach noted that peremptory challenges are often based on “guess-work and gut instincts”. Thus, “deputizing the accused to use a limited number of peremptory challenges to ensure representativeness and impartiality is neither reliable nor transparent”. He noted that the problems with implicit bias would be more effectively dealt with through a robust challenge for cause procedure and a more diverse jury roll, as was argued in R v Kokopenace.

Ruling from the bench

The Supreme Court of Canada issued a ruling from the bench on the same day as the oral arguments were heard. Their ruling upheld the constitutionality of the abolition of peremptory challenges with written reasons to follow. This unexpectedly expeditious judgment may have been an attempt to mitigate the delays in criminal jury trials stayed pending this ruling as well as to alleviate the uncertainty surrounding the validity of convictions which were decided subsequent to the enactment of Bill C-75 but prior to this appeal.

Annie Chan is a 1L JD student at the Faculty of Law and is currently an Asper Centre work-study student.