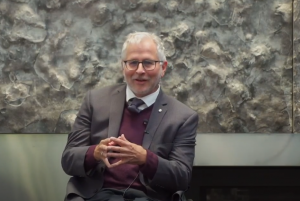 The David Asper Centre for Constitutional Rights joins the constitutional law community in mourning the death of Joseph Arvay, O.C., O.B.C., Q.C. Joe Arvay offered his time to the Centre as our first constitutional litigator in residence. Indeed he was the inspiration for the continuing role that has been incorporated into our teaching and advocacy. He gave generously of his time to the students and was an important supporter of our advocacy. Of his time with us, Joe said, “I really enjoyed my experience as the first constitutional litigator in residence at the Asper Centre. It was a joy to work with students again.”

Marcus McCann (JD 2014) was one of the students who worked with Joe on the Asper Centre’s intervention in Bedford v Canada on the role of stare decisis in constitutional litigation: “It was a great pleasure to see Joe’s mind at work. He was very tactical, always five steps ahead in the conversation. That should be obvious from his career. But at the same time, he never lost sight of the goal, of the people who would be helped by litigation. He litigated with heart, even when he was litigating a seemingly bloodless topic like stare decisis.”

At the Centre’s 10th Anniversary Event, Joe joined Mary Eberts, another constitutional litigator in residence, on stage in a discussion with the Hon. Thomas Cromwell on significant issues in constitutional litigation in Canada. The topics were wide ranging with two formidable leaders of the constitutional bar and the former Supreme Court of Canada Justice, from the seminal cases in which they both participated in Andrews v British Columbia, to significant aboriginal rights cases, to the more recent Carter v Canada. Executive Director, Cheryl Milne, noted, “There is no other lawyer in Canada who has litigated as many significant constitutional cases at all levels of Court as Joe. His stamp on constitutional law in this country is monumental. While many lawyers have regularly taken on interventions at the Supreme Court, Joe made it a point to litigate these cases at the trial level.” As he himself noted in reference to his cases involving advanced costs, “We can all do pro bono work as interveners, but try starting a case like Little Sisters, try starting a case like Carter, try starting any of these cases, which involve thousands of hours of work. It would be so much more encouraging for lawyers if they could get costs in advance.”

Professor Kent Roach, the chair of the Asper Centre’s advisory board worked with Joe on number of cases, some focusing on aboriginal rights. He says, with sadness, “Joe was fearless and his intellectual curiosity knew no bounds. His advocacy shaped the Charter of Rights and Freedoms and always in the direction of helping the disadvantaged. He also knew how to have fun and never took himself too seriously. He will be sorely missed.”