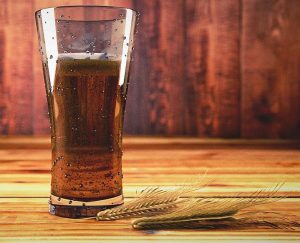 Beer remains imprisoned by provincial borders. In 2012, Gerard Comeau of Tracadie, N.B. was fined nearly $300 for bringing 15 cases of beer and three bottles of spirits from Quebec to New Brunswick. His battle against the law behind that fine has finally wound its way up through the courts.

Last month, in the final word on the matter, the Supreme Court of Canada reversed the trial judge’s decision and found constitutional s. 134(b) of the New Brunswick Liquor Control Act, which limits the amount of extra-provincial Canadian alcohol individuals can bring into the province. The Court determined laws that aim to curtail the inter-provincial passage of goods, whether directly through tariffs or indirectly through fines, violate s. 121 of the Constitution Act, 1867, which states that all items manufactured in any province must be “admitted free” into the other provinces. But laws with different aims that incidentally curtail such passage do not violate s. 121. In this case, the Court noted the legislation aims “not to restrict trade across a provincial boundary, but to enable public supervision of the production, movement, sale and use of alcohol within New Brunswick” (para 124). Furthermore, the impugned provision targets black market bourbon and Fredericton-brewed rotgut, as well as cheap Quebec beer and crisp Okanagan Pinot Gris. So the liquor limits are byproducts of another regulatory scheme, and therefore permissible.

Before addressing the constitutionality of s. 134(b), the Court “deliver[ed] a benchslap to the trial judge” for disregarding its 1921 decision in Gold Seal Ltd. V Attorney-General for the Province of Alberta, as Professor Leonid Sirota of the Auckland University of Technology Law School wrote on his blog, Double Aspect. Based on the Bedford and Carter exceptions to vertical stare decisis, the trial judge ignored precedent because of a new historical assessment of the intent behind s. 121. The Court determined this wasn’t sufficient, since “the underlying social context that framed the original legal debate [must be] profoundly altered” (para 31) and such a re-assessment doesn’t do so.

Ironically, Sirota argues, the Court doesn’t uphold Gold Seal either. In that decision, outright tariffs on inter-provincial trade are banned. But post-Comeau, provinces could impose tariffs as long as they’re rationally connected to a regulatory scheme with a non-trade objective. “So much for stare decisis,” he writes.

In a commentary in the National Post, Professor David Schneiderman of the University of Toronto Faculty of Law notes it’s unsurprising the Court gives little weight to the historical context, “to some imagined framing moment derived almost exclusively from the pen of a single British draftsperson.” That is, under the “living tree” interpretation of the Constitution, purported intentions don’t matter all that much.

Professor Malcolm Lavoie of the University of Alberta Faculty of Law argues in a CBC column that the Court could have reached a fairer balance between federal and provincial powers by simply mandating a test more robust than rational connection, such as a test of necessity. “Under this approach, the government of New Brunswick would have had to establish that its prohibition on outside liquor was truly necessary to achieve objectives relating to public health and safety, a much higher bar than the one the Court applied,” he writes.

Furthermore, Lavoie points out that the Court’s interpretation of s. 121 renders it obsolete: under s. 91 of the Constitution Act, 1867, interprovincial trade is a federal head of power. That is, it was already impossible for provincial governments to directly impose tariffs on goods coming in from other provinces.

In the Toronto Star, Dr. Maria Banda, a visiting fellow at the University of Toronto Faculty of Law, has a more positive view of the decision. Comeau ensures that provinces with higher environmental or health standards, for example, don’t risk “being dragged down to the lowest common denominator by those with lax or inexistent regulations,” she writes.

This decision will likely reverberate throughout the country, including in Alberta and British Columbia’s pipeline dispute. Those provinces should see Comeau as a warning “that they’re not going to be able to rely on their own jurisdiction under the Constitution to do things that will either interfere in federal jurisdiction or will interrupt the free flow of natural resources that is normally supposed to occur without discrimination between provinces,” Professor Carissima Mathen of the University of Ottawa Faculty of Law, said in an interview in Maclean’s.

For his part, Schneiderman argues it’s now less likely Alberta’s Bill 12 will be held to be constitutional. The principle aim of the bill, which requires government permission to export petroleum resources, is “to economically harm a recalcitrant province for interfering with Alberta’s ability to get its oil to port,” he writes. And under Comeau, that cannot be countenanced.