On June 16th, 2019, Quebec passed An Act respecting the laicity of the State (Bill 21). This bill was controversial for banning the wearing of religious symbols, such as hijabs, niqabs, turbans and kippahs, for some public employees, including some teachers and public servants with state-sanctioned power to exercise coercive authority, such as police and prosecutors. It also contains the notwithstanding clause. One day after its adoption, the CCLA and National Council of Canadian Muslims (NCCM) filed an application to stay the application of Bill 21. The claimants present five fascinating arguments on the unconstitutionality of Bill 21 despite its override on Charter rights.

Firstly, the applicants claim that Bill 21 is ultra vires. According to Saumur, Henry Birks, and Big M Drug Mart, the regulation of religious observance for a moral purpose is the sole jurisdiction of Parliament. As stated in its preamble, the purpose of Bill 21 is to affirm the laicity of the State. In addition, s.6 and s.8 of Bill 21 can be considered criminal legislation, both with prohibitions and sanctions.

Secondly, the applicants argue that Bill 21 is impermissibly vague as to violate the rule of law. Particularly, Bill 21 defines religious symbol as something that is worn for a religious purpose or something that can be reasonably considered religious. Both definitions are vague. Firstly, people can wear the same item for different reasons – wedding bands, for example, have religious significance to some but not others. Dressing modestly can have religious significance to Muslim women and wearing hats can have religious significance to Jewish men. Moreover, since there are so many religions within Canada, it is impossible to identify all religious symbols. Thus, it will depend on the knowledge of individual people to identify symbols covered by Bill 21. In addition, enforcement is also left to individual organizations. This will create a chaotic and arbitrary environment in which each organization will allow and disallow different items, with different consequences. The rule of law mandates that people know the prohibitions and penalties of a law in advance, which Bill 21 clearly violates.

Thirdly, the applicants argue that Bill 21 modified the architecture of the Canadian constitution by changing the inclusive nature of public institutions. In the Secession Reference, the SCC recognized respect for minority rights as an organizing constitutional principle. Thus, unilaterally altering this principle is impermissible. The applicants argue that interference with certain rights may violate the basic constitutional architecture even without the Charter. For example, pre-1982, if a government had barred religious minorities from voting, this would have unconstitutionally altered Canadian democracy. Similarly, respect for minority rights within Canada’s democracy means that all citizens can participate in public institutions, regardless of the notwithstanding clause. Bill 21 violates this principle.

Fourthly, the applicants argue that Bill 21 affects judicial independence. S.3 of Bill 21 applies to judicial institutions, yet s.5 exempts Superior Court judges and Court of Appeal judges from complying with laicity. With respect to the judges that Bill 21 does not exempt, this infringes the requirements of judicial independence by imposing a requirement that subjects them to discipline. Under s.100 of the BNA Act, the state cannot impose a condition that impacts a judge’s security of tenure. The applicants further argue that many other actors within the judicial institution, such as clerks, justices of the peace, sheriffs, etc., must still comply with the act. Since these actors play such as important role within the legal system, they are also subject to the guaranteed administrative independence of the courts.

Fifth, starting at paragraph 156, the applicants argue that the application of Bill 21 to elected officials violates s.3 of the Charter. S.3 of the Charter includes the right to qualify for membership in the House of Commons or a provincial legislature. By applying s.8 of Bill 21 to elected officials, it excludes individuals who cover their face from this membership. The applicants argue that this is not justified under s.1 since state laicity is not a pressing objective and a total ban is not a minimal impairment of rights.

The decision of Justice Michel Yergeau was released on July 18, 2019, denying the stay. Justice Yergeau did not focus on the constitutional aspects of the case, but rather deferred to interlocutory injunction procedures. Referencing past case law, he notes that “constitutional disputes are not…amenable to the expeditious and informal procedure of the interlocutory injunction”[1] and that “only a trial judge will be able to [decide on the merits of the constitutional arguments].”[2] Yergeau J’s decision is currently being appealed.

Regardless of the outcome, the claimant’s arguments show that although the Charter thoroughly protects our rights, our constitutional culture of rights protection has evolved beyond the Charter’s parameters. Even without the Charter, citizens can turn to federalism and the unwritten constitution to continue to seek protection from majoritarian rule. The results of the stay may have direct consequences for future uses of s.33, which may no longer be seen as the legal “get-out-of-jail-free” card for the legislature. 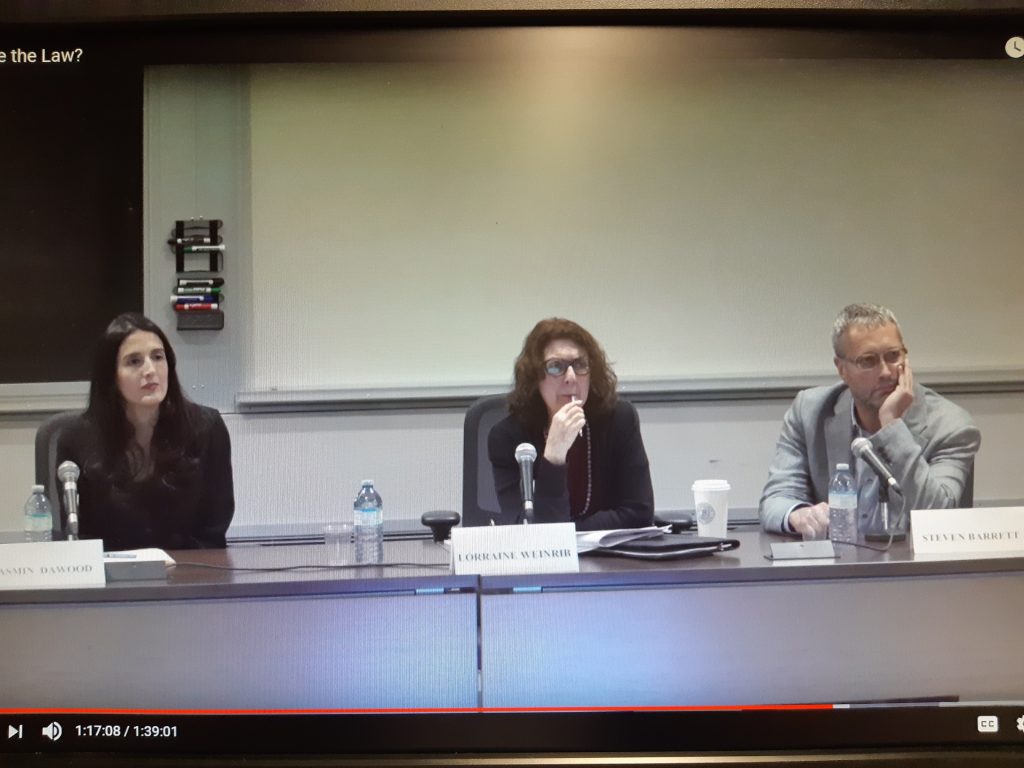