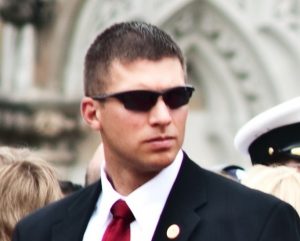 When Bill C – 51, the Federal Government’s revised Anti-Terrorism Act, was pushed through Parliament following the attacks on Parliament Hill in 2015, the reaction from the public and civil liberties societies was swift. The Canadian Civil Liberties Association challenged key provisions of the Act under the Charter, and Professors Roach and Forcese (among others) wrote numerous articles decrying the law as “radical” and “unbalanced.” It also became a hot topic of debate in what turned out to be a contentious Federal Election, one that saw the Liberals win a surprising majority over Harper’s conservative flagship.

But when the dust settled from the election season, the question loomed large: would the Liberals take any action to reform the new law? At the time, there was reason to be skeptical. The law had received Royal Assent with support from both the Conservative and Liberal parties. And with the election of the U.S. chest-pounder-in-chief, Donald Trump, many thought the Liberals would shy away from anything that might portray them as either soft on terror or weak on national security matters.

So when the Liberals introduced Bill C – 59, An Act Respecting National Security Matters, there was reason to believe it would be a mere nodding attempt to keep a half-hearted campaign promise. In some ways the Bill does disappoint – and the Asper Centre has released a detailed analysis of its shortcomings. But in many ways it is a valiant effort to roll back some of Bill C-51’s glaring excesses.

The most obvious improvement in the legislation is the implementation of a multi-agency review mechanism. The new bill sets up a whole-of-government review committee that can assess and review all national security information (except Cabinet confidences) and produces frequent classified reports to Parliament as well as an annual unclassified report to the public regarding its findings. These provisions remedy a major deficiency in accountability that has been lacking for years in Canada’s national security framework. Until now, each national security agency had different oversight bodies, which could not collaborate with each other, despite the fact that the work of each agency is often intertwined. This created a “siloing” effect, where reviewing bodies could not follow the evidence down whatever rabbit hole it may have led. By contrast, the new “whole of government” mandate means that the entirety of Canada’s national security apparatus can be held accountable for its actions, including the CBSA (Canadian Border Services Agency) which had previously not been subject to any independent review.

The Bill is commendable in other areas as well. For example, Bill C – 51 introduced a new speech offence to the Criminal Code that made it an offence to “advocate or promote a terrorism offence in general.” The provision is breathtaking in scope. It makes it an offence to perform tasks as innocuous as promoting the assistance of designated terrorist groups, advocating for the provision of “material aid” to listed groups, and advocating for the provision of charitable aid to a listed terrorist organization. There were also no defences worked into the provision such as opinions in the furtherance of a religious belief, commentary on matters of public interest, or the articulation of truth.

Bill C – 59, to its credit, limits the scope of this offence to actions that actually “counsel” a terrorist activity. This is important because “counselling” criminal activity has always been a Criminal Code Offence – one that has been upheld as constitutional under the Charter.

All this being said, the Bill is not a model of perfection. The Liberals have come up at least one base short of a legislative home run. Canada’s national security framework remains sorely lacking in the area of privacy protection in that it still permits an enormous amount of sharing of Canadians’ personal information between federal agencies. As of now, the broad collection and sharing of Canadians’ personal information is authorized if the information pertains to acts that might “undermine the security of Canada.”

While this might sound perfectly reasonable, it is in fact alarming when one looks at the definition of what “undermines the security of Canada.” The category includes such unremarkable matters as interference with the economic or financial stability of Canada as well as any effort to “unduly influence” the government of Canada by any “unlawful means.” The term “unlawful,” it should be noted, is not the same thing as “criminal.” Canadians’ private information can be swept up and shared on the grounds that the target of the information had contravened an act of Parliament in an effort to merely “influence” government action (think of violations of the Ontario Labour Relations Act). Bill C-59 does nothing to remedy these deficiencies.

So what has been the progress on Bill C – 59? The Bill is currently being prepared for Second Reading in Committee, so there is still hope that modifications could be made. But there is no guarantee that changes to the bill won’t move in a less happy direction. The Progressive Conservatives, under their new leader Andrew Scheer, have made a habit of taking the Liberals to task on any matter that has the appearance of being “soft on terror,” including the management of returning ISIS fighters and – most controversially – the 10-million-dollar settlement with Omar Khadr. The Conservatives also appear to have taken issue with the restrictions on CSIS’s so-called threat reductions powers. Bill C – 51 made it legal for CSIS agents to take positive steps to reduce national security threats short of causing bodily harm, intruding on sexual integrity or obstructing justice. It also allowed CSIS to seek a warrant from courts that would authorize Charter violations. Bill C – 59 changes this. The Liberal government has reformed these provisions by requiring that all such actions be Charter compliant, and prohibits CSIS agents from using its powers to detain, torture, or damage property to the extent that it endangers life.

These are important changes, but it is not obvious that the Liberals will be able to pass it into law without a fight. For this reason, when it comes to debating the bill in second reading, one hopes that Liberals and Conservatives will come together to strike an appropriate balance between national security matters and rights-preservation.

Patrick Enright is a 3L JD Candidate at the University of Toronto Faculty of Law and was a 2016 Asper Centre Clinic student.