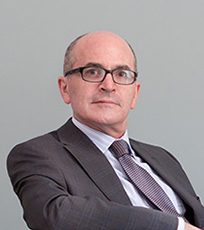 John Norris, the Asper Centre’s former Constitutional Litigator-in-Residence in 2006 and Asper Centre Advisory Group member, who served as counsel for the Asper Centre in a number of our interventions, has been appointed a justice to the Federal Court of Canada.

A sole practitioner based in Toronto, he fills a new position created under An Act to amend the Immigration and Refugee Protection Act and the Federal Courts Act (S.C. 2010, c. 8).  An established trial and appellate lawyer, in criminal, constitutional and national security law, Norris was appointed in 2008 to the roster of Special Advocates for security certificate proceedings under the Immigration and Refugee Protection Act, and acted as Special Advocate in a lengthy and complex security certificate proceeding before the Federal Court.