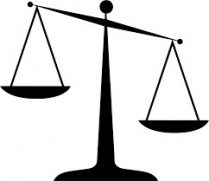 Devastating and short-sighted. These are the words that immediately come to mind in response to last week’s announcement that the Legal Aid Ontario budget would be cut by approximately 30% starting with the immediate end to funding for legal services to refugee claimants and immigrants.

To be clear, these are not cuts to lawyers, they are cuts to access to justice for some of the most vulnerable and neediest in our province. Attorney General Caroline Mulroney attempted to justify some of the cuts by citing a statistic that the number of people served by Legal Aid Ontario has dropped 10% over the past several years. But it should be clear to all that this is misleading. The income cut-offs for eligibility for legal aid funding has consistently fallen behind the cost of living so that fewer and fewer people qualify for legal aid funding. Further, any attempt to evaluate the benefit of legal aid must use more sophisticated methods than simply counting heads. As has been noted by other commentators, funding taken away from legal aid leads to increases in other government expenditures, including the costs of increased inefficiency in our justice system, as well as the devastating human toll of homelessness, family breakdowns and unjust incarceration.

Will these cuts infringe constitutional rights? The Charter and Supreme Court decisions have established the right to state funded counsel within the context of criminal prosecutions and state intrusion in the family through the removal of children in child protection proceedings. Legal Aid funding has generally provided the resources when it is clear the individual is unable to pay. But many in the system would say that it has done so inadequately. Child protection counsel decry the small amounts of time allocated by Legal Aid Ontario to representation of families caught up in the child welfare system. Indeed, to maintain the requisite professional competence in representing clients in this area, lawyers routinely spend unpaid hours working on these files. Similarly, the criminal defence bar has long advocated for more realistic funding for criminal files, with many lawyers reducing the number of legal aid cases they take on because of the simple need to earn a living. These cuts threaten the ability of the government to live up to its constitutional obligations while potentially decimating the funding for other critical areas of legal representation for the poor and vulnerable in Ontario.

The most devastating immediate impact is the end to legal aid for immigrants and refugee claimants without warning. Clearly, the provincial government sees this as a political football that it is kicking to the federal government because, “of course”, they are the cause of the immigration crisis in the province. In fact, there is no crisis and to characterize this as wholly a federal responsibility fails to understand the impact of immigration, more frequently positive than negative, on the province as a whole. Will this lead to constitutional arguments under section 7 of the Charter in favour of funded legal services? Perhaps. It might end up being that the federal Department of Justice must pay, but to leave people stranded without representation without warning and without consultation is both heartless and bad policy. People will be deported to face persecution, torture and possibly death. Individuals will languish in immigration detention without proper representation in a detention review system that continues to be in need of serious overhaul. And that is on all of us.

We cannot choose to be citizens of the Province of Ontario and not citizens of Canada when it suits. We are all responsible for this and need to hold our representatives accountable for what the aftermath of these cuts will be for everyone.

Cheryl Milne is the Executive Director of the Asper Centre